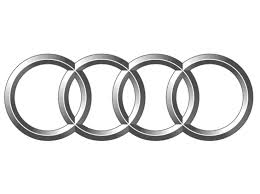 The Audi Bowl main league will, in future, follow a fixed, three division structure where everyone plays everyone once (6 teams per division, 5 game seasons). The winner of the Premier Division will be our champion, and the bottom 3 will be relegated to the Championship (to be replaced by the top 3 teams in the Championship).

The winner of the Championship will take home the Audi Plate trophy, and the bottom 3 teams will be relegated, replaced by the top 3 teams in the Conference. The Conference winners will win the Audi Shield trophy.

Clearly, having a team decimated is no fun. If you should have a side decimated, leave, or simply wish to start again with a new team, you will have two options:

2) Replace the team between seasons and join the Conference with your rookies. If you were in to be in the Premiership, the playoff would be removed and the league simply filled up as position dictates. Please don’t just bugger off mid-season, it mucks everything up! If someone does, all opponents over the course of the season are rewarded with wins, regardless of real results.

Clearly, restarting or new coaches with new teams are not going to enjoy joining a Conference full of 2 million TV mega teams. There will be a cap of 1500 TW to control the size of Conference teams (before a ball is kicked, thereafter anything goes) such that new joiners and restarters don’t just get humped. The Championship cap will be 1850.

The secret to successful online leagues is getting games played. You might have a fortnight, but if you leave it a week and assume it’ll happen, it won’t. People have real lives. Schedule games ASAP, even if it’s a week or more away. Games will be forfeited on deadline without hesitation. Whilst it might seem harsh, if we begin to wait for coaches we know to ‘be cool’, the whole thing loses momentum and ultimately dies. That pressure to get it played needs to be there. Phone, text, e-mail, make an effort early!

Deadlines: A game every two weeks.

Do play if you join up. No-one likes a flake.
Do use the scheduler tool to lock your games in. That way we can all come watch and boo.
Don't hesitate to ask me (Goo) questions on how to use things.