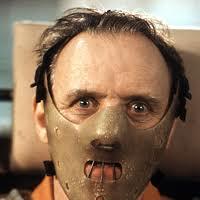 "On a similar note I must confess to you, I'm giving very serious thought... to eating your wife".