Step one: open the box full of parts: 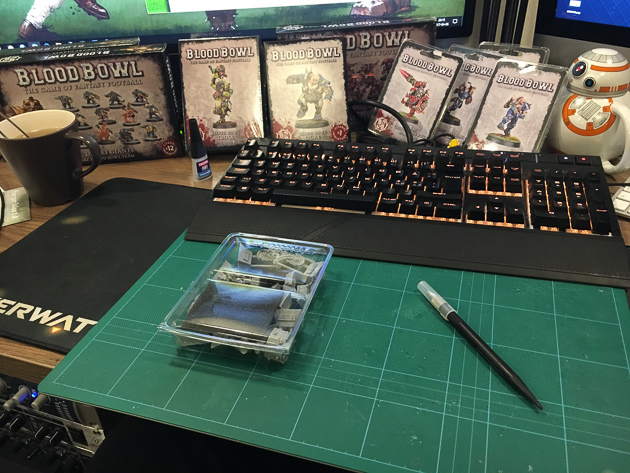 It's pretty daunting to see at first, but taking the parts out of the blister and organising it, it's not too bad: 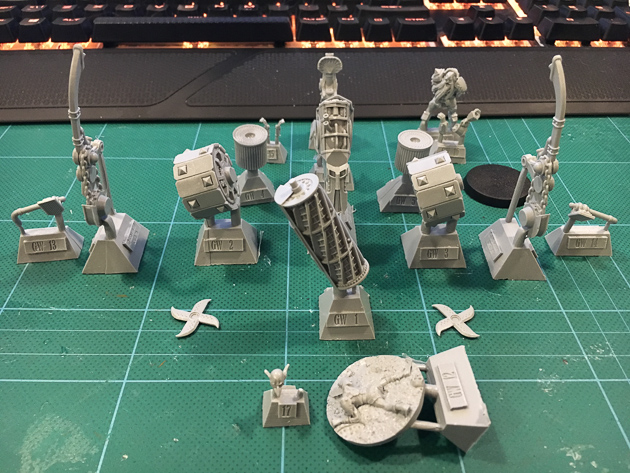 Step one: Get rid of the mould gates: 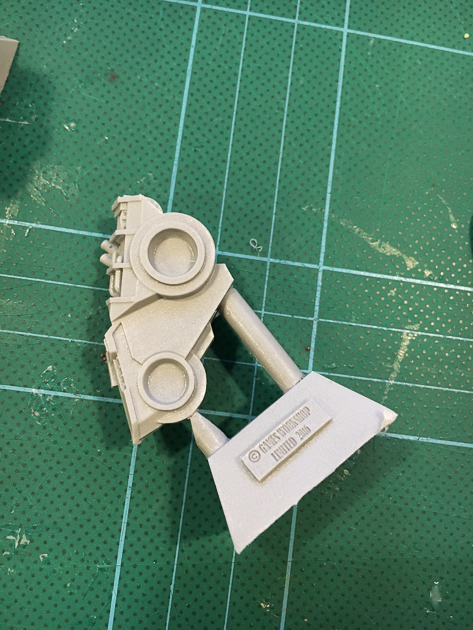 They're pretty large, but snap off easily with a pair of side cutters. Cleaning the last part involves some work with a scalpel and a fair bit of scraping overall to clean off mould lines. 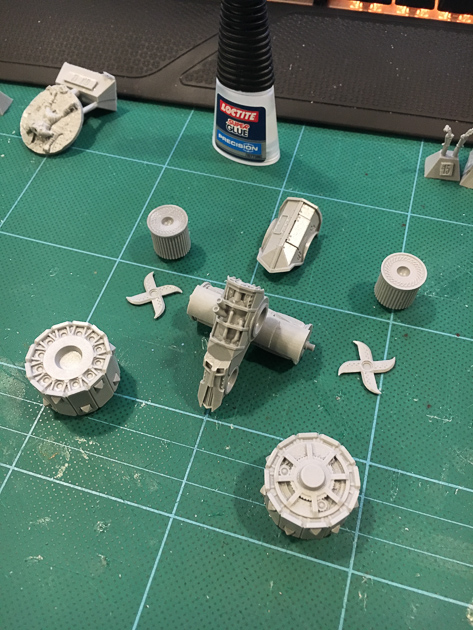 After some work cleaning up the first set of pieces, I notices the kit has a few parts with "Shims". These are very thin layers of resin (to the point of being translucent) that need to be cut out: 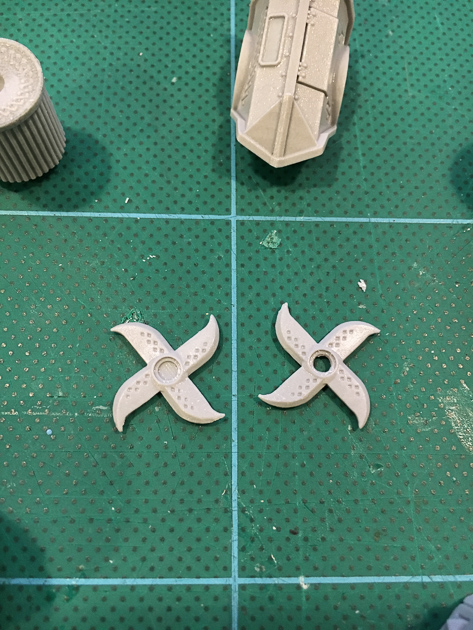 The instructions that ship with the kit are pretty easy to follow, almost Ikea style :) Here are a couple of more images taken during the assembly: 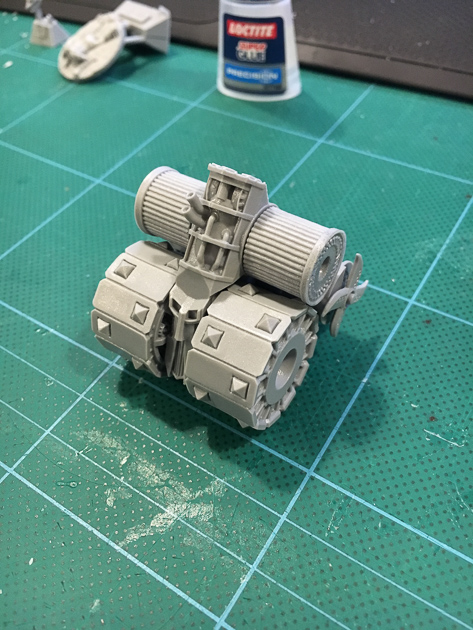 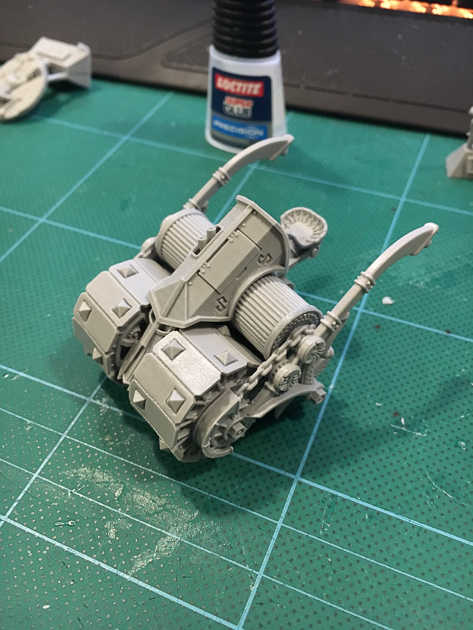 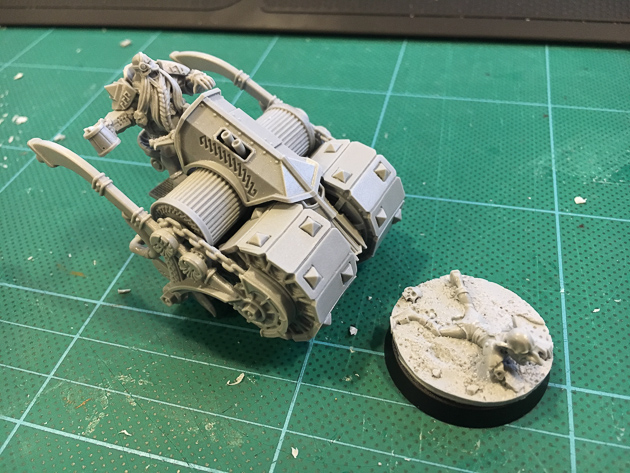 If you have sharp eyes, you'll notice that the little hobgoblin who's about to be crushed by the roller is missing an arm. Unfortunately, this is a part that was missing (see the second image above; I believe it should have been next to the head on the part numbered 17). Here's a bit of a closeup: 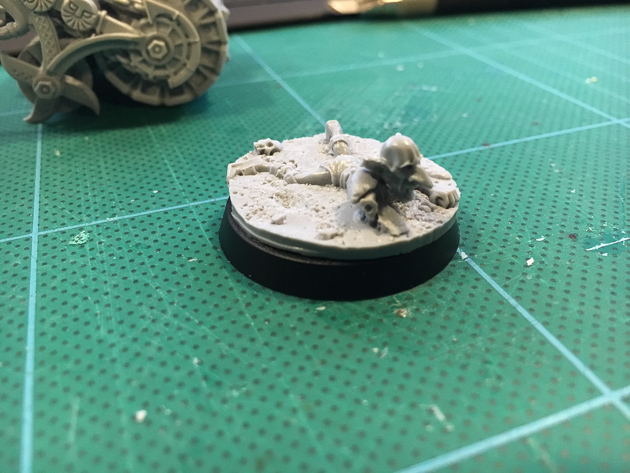 I've dropped off an email to Forge World about this, and hope they'll help me out with this particular problem.

I currently have 42 models remaining to be assembled, to add to the 40-ish models I have assembled already.. There's a lot of stuff to be painted... :)
Posted by awambawamb on 2017-04-07 15:28:36
@roland metal it's much more difficult and expensive to cast due to higher temperatures and better moulds required. the polymer mould can have a higher degree of detail for the same investment
Posted by easilyamused on 2017-04-07 19:57:55
I think Forge World has always used resin cast.