I started by working on the hobgoblin base, painting a couple of very simple base colours. Brown for the base and a deep green for the skin. 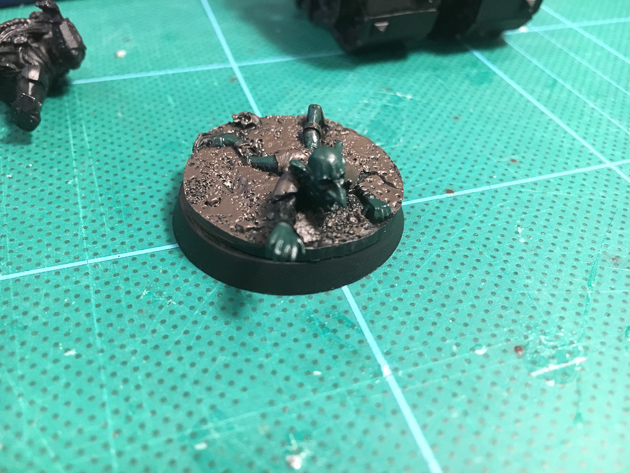 Then some lighter browns and greens for highlights and some very small details for the eyes and mouth area. On top of this, a pretty heavy coat of brown wash and the base is done: 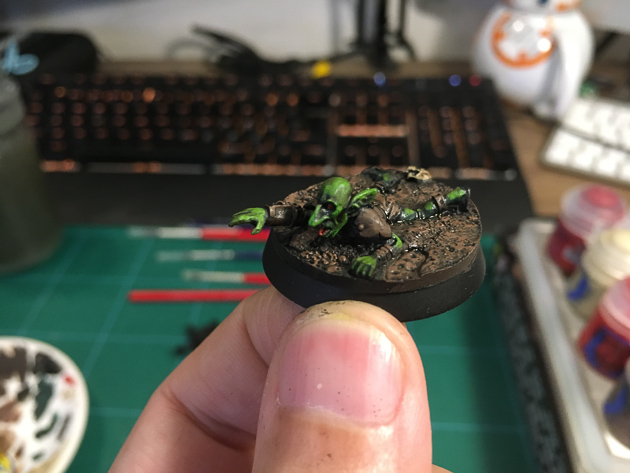 For the deathroller itself, the process was similar. A couple of base colours (red green brown and metal). Then some brown wash for the metal parts to add dirt: 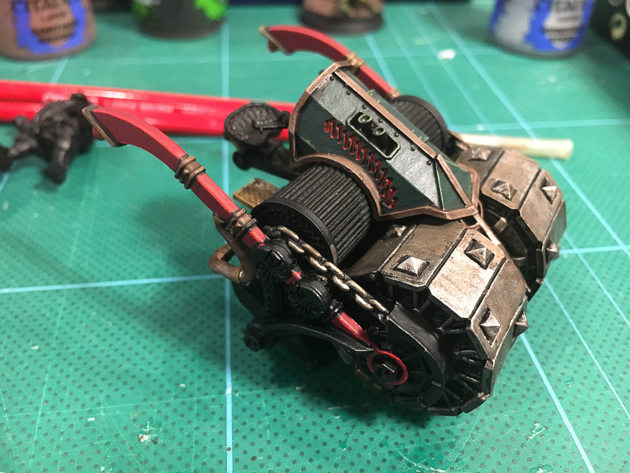 Then more browns and washes for more parts of the model: 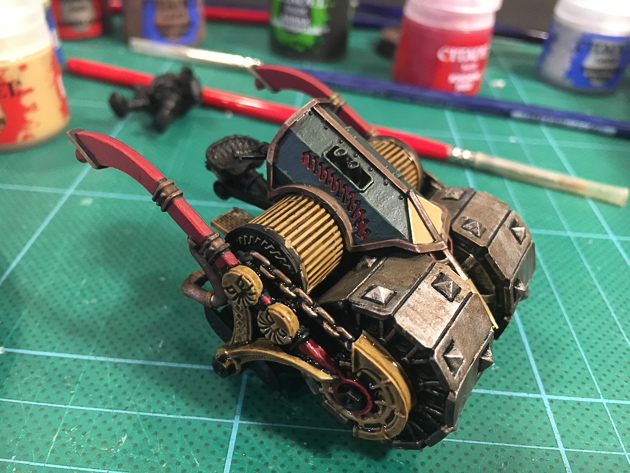 Some more green trimming and some highlighting of the metal parts (drybrushing metal colour on top): 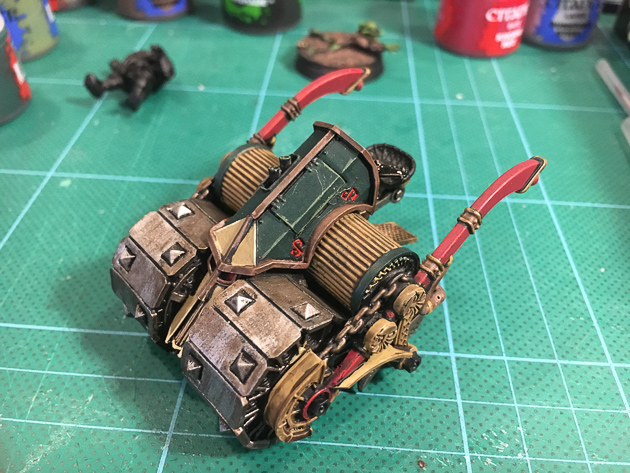 And finally the pilot seat. Again, very simple metal colour, brown wash and some detailing for the dials. The seat itself if various shades of brown and bone: 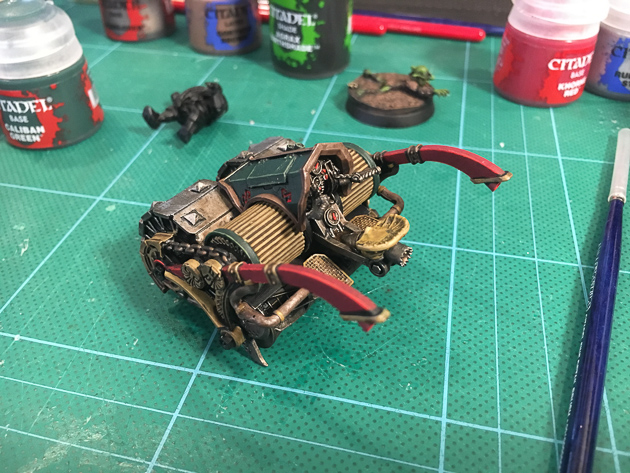 At this point, the pilot is the only thing remaining to be painted. I ended up doing a small conversion, removing the beer stein. Shouldn't drink and drive, right?.. (This may have been due to a mishap during spraying the base colour where the arm was unfortunately lost. Maybe.). Either way, I ended up borrowing (uh, yeah, let's call it that) an arm from a dwarf lineman (of which I have too many anyway). 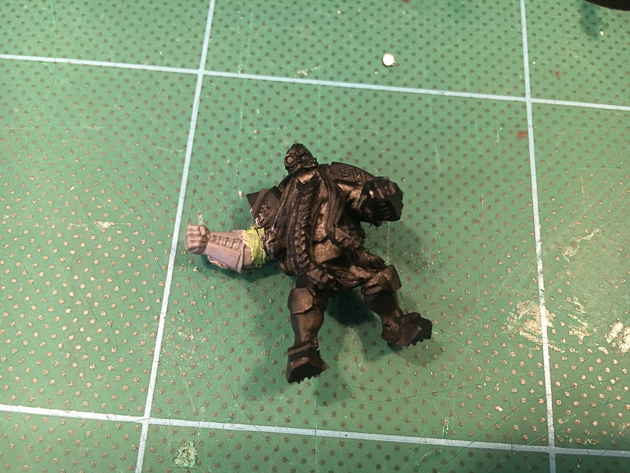