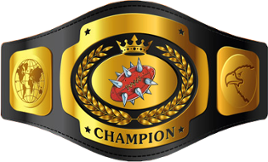 Malmir has a flair for the gold

Wuhan had a cracking run of 7 defences in 7 days but that came to an end today when his Cpomb killers norse team met Malmir's Leggo Dark Elf Team.

DE receive first half and play it perfectly, scoring turn 8 and only taking one KO in the process, while also badly hurting a rookie norse lineman.

Norse take revenge on the reset before halftime as the Snow Troll rips through a journeyelf's armour, tearing it in the process and taking him out of action for the rest of the game with a serious concussion. A collection was taken at half time to pay for his medical treatment and he received man of the match for his bravery.

Second half, the Dark Elves take the pitch with a confident swagger in their step. Waiting for the perfect moment, The Ties That Bind, rookie DE linemen, let's out a horrendous belch, ripe with eggnog. Luckily a strong wind was blowing to the east so only the 3 Norse in that direction were distracted but it was enough to offset the drive, which the elves could easily capitalise on, stealing the ball for a TD in turn 4 of the second half. 2-0.

Wuhan must've been furious with the Norse as they were motivated for the reset, even stealing valuable yards at the kick off. At this point, the Norse are outnumbering the elves 11:8 so coach Wuhan can try to use that to his advantage to get a quick score. Both the runners move up the field into receiving positions. But an unfortunate misfired block from an Ulf sees him hitting the ground in a crumpled heap. The team apoth rushes onto the pitch but pronounces him dead straight away. Dark Elves attempt to secure the pitch, surrounding the 2 runners, knocking one down and booting him too for good measure. The ref spots the foul but the damage is done - stunned. Turn 6 for the norse and time is running out. A frantic look is spotted in Wuhan's eyes as he screams out instructions from the sidelines. The ball is handed to a rookie lineman on the LOS and the still standing runner attempts, and succeeds, a scary looking run into the endzone. If this play fails, it'll be game over for the Norse. The lineman uncertainly moves forward, hesitating, then taking one more step. He pulls back his ball arm and throw a perfect spiral into the waiting arms of the runner. TD! 2-1. But only 2 turns on the clock for the norse.

Evidently Malmir took great inspiration from Wuhan's desperate play as he attempts to mimic it on the next drive. The ball is placed in the waiting arms of the elf runner, who retreats backwards, teasing the norse to commit further into the elf half. The norse engage and the runner retreats again, into his own endzone, surrounded by his team, whilst 2 extra agile blitzers streak up the pitch into scoring range. Sadly for the norse, the ball is just too secure and their final turn is spent marking the blitzers and attempting to surf the witch elf. Then, with a handoff, followed by a pass, the ball has moved the entire length of the field in one turn. The elves rejoice as the crowd are left stunned. What movement an elf team at their peak can generate!

So over this festive period, raise a glass to our new box champ Malmir, our departing champ Wuhan, and continued box success and variety in 2517!

My best streak was 6 wins in a row. These superstar coaches take good luck to beat!