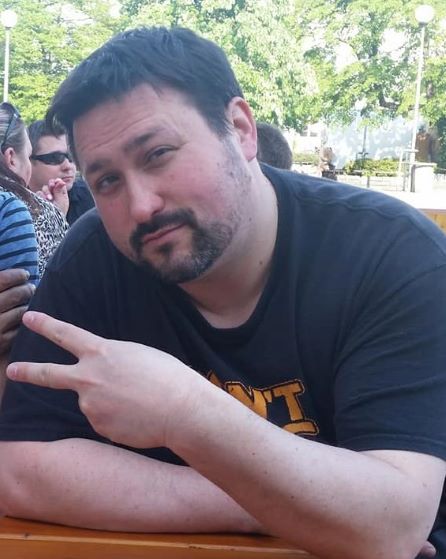 Guess who's back
2009-06-23 00:25:41
rating 3.1
2020-05-22 22:12:18
9 votes, rating 5.9
I was having a call with my friend about a month ago and he was telling me that during this time of confinment he was teaching his girlfriend to play Blood Bowl with the stuff he kept for more than 15 years when we had setup a small tabletop league amongst friends. As someone who played about a thousand games on FUMBLL from 2004 to 2006, that sparked something in me. I remembered being so in love with this game that I had to give it another shot.

Back in those days, a lot of things were different. You were capped in how many teams you could have at a time, so having a team you cared about badly mangled meant you'd have a tough time rebuilding or had to retire and start from scratch. Without unlimited freebooters, starting a game under 11 usually meant you were likely in for more punishment than you were to crawl out of it. Those recovery games were difficult to find and even more difficult to win. The rating system also meant your MNG also counted to give your opponent advantage, while providing zero value to you. This was not always fun.

There's two part to this game: the Blood and the Bowl. Most players enjoy something close to the middle betweeen these twos, but others find themselves on either end of that spectrum and that's fine. Everyone is allowed to enjoy that game as they see fit. In ranked however, that can lead to a lot of contentious discussion on what is actually a "fair" matchup. One of my contribution to FUMBBL was to be an early advocate of the E.L.F. group. I've always liked playing elf teams, and while I wasn't necessarily interested in having them slaughtered, I also liked to take on the challenge of facing a wide range of teams, including those that were considered bad matchups.

This was represented in the concept of "completing the cycle", which meant you would try to play against all the races and beat as many as you could. It wasn't a "take on all challengers" mindset per say, but it was as close we could get to it, lest you find yourself on the hard and painful road to rebuild.

Fast foward to today, I find that the current rules and changes over the past 14 years have mostly resolved those issues and Blackbox is the ultimate playground for testing your mettle against all comers. After such a long hiatus, I was curious to explore how the game had changed and 100 games in the box seemed like the perfect way to do this. And so I submitted my 4 teams and got going.

I must admit that for most of what I've learned, I did so by smashing my head into it with full force. Some have directly contributed to losses, some I was lucky to get away with. I'm learning slowly, but having a fun time doing it. So without further ado, here's what I've discovered so far:

Blackbox bloodbowl is blackbox bloodbowl. Its not league, tournament, friendly, etc. Managing the team on blackbox is a whole new ball game by itself. Blackbox trophy runs are a thing by themselves as well. Trying to trim it if youre doing trophy so you dont get hammered by large TV chaos teams too early on is a challenge. You cant really avoid it once you hit 20 plus games. But if you look at the algorithm on "how the scheduler works" you can guide your team on a more optimal path for most of its young journey.

As for skills and leveling, if it looks cute or interesting or if you're thinking "this might work really well VS teams XYZ but not against any others" then do NOT take it. Fo example: +AG chaos warrior... is he REALLY going to carry or catch the ball or dodge out to make a blitz? Do you have a plan for him? Or is that 40k of bloat youre never going to use because he already has block and is just going to hit things? You can't really take skills "just in case". Its either got a constant purpose or its useless bloat and on blackbox that can be the difference between a good draw and an awful draw.
Posted by Uber on 2020-05-29 06:56:25
That's great feedback Jogrenaught, really gives me a lot to ponder.