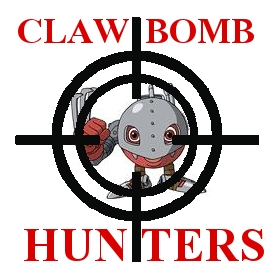 <h2>The hunters</h2>
The <b>Clawbomb Hunters Club</b> gathers teams aiming at limiting the population of "Clawbombs", i.e. players with the skills Claw/PillingOn/MightyBlow, in the lackbox division. The hunters are ready to challenge the most fearsome teams and make them suffer. Of course, this is a dangerous hunt, and the hunters may not live long. But as long as they live, lackbox is no longer a safe place for Clawbomb players. Hunters like to talk about the beasts they killed, and often display their trophies on their team page. There is also a friendly competition among the hunters, to know who is the best at hunting clawbombs.

<h2>Application</h2>
<b>Any team may apply. There is no limitation of race or TV</b>. This club is NOT a league, so <b>your team may be part of any other group/league and apply to the club</b>. The Club is a gathering of gentlemen who may have different activities, but share the same passion for hunting.

A team can participate, even if some players have Claw, Mighty Blow and Pilling On skills, but it will suffer a penalty in each game.

<h2>Hunting season</h2>
At the beginning of the hunting season, all Hunter teams starts with 0 point. If a team joins the club during the season, it starts with 0 points (games before the admission do not count). In each game, you earn points by killing or injuring opponent's players <u>with</u> claw/MB and/or PO skills and winning the game. All games count -- and in some of them, you will lose points). In fct, you'll gain some points by hurting players in a clawbomb team, and lose some if you hurt players of an agile team. A hunting season is two months long. Between two seasons, there is a two weeks break. Second hunting season will start <b>monday, August 15th 2011</b>, and end <b>friday, October 14th 2011</b>.

<h3>Trophy room</h3>
Any player killed or permanently injured by of of the team of the club will have an icon in the trophy room of the current hunting season if he has at least two of the three skills claw/mighty blow/pilling on. Those players are considered as worthy preys for the hunters.


<h2>Point awarded</h2>
This is an <a href=http://fumbbl.com/FUMBBL.php?page=group&op=view&group=2079>E.L.F.-like</a> point system. You earn points by killing or injuring opponent's players <u>with</u> claw/MB and/or PO skills and other players of a clawbomb team, and by winning the game. But you lose points by hurting players of an agile team and losing the game. Points may be positive or negative. So it is possible that at the end of the game, your total points is below zero; it means that you lose some points.

<h4>Precision</h4>
Casualties are counted as they appear on the game repport. So points are awarded for any injury mentioned on the page, i.e. " 1pt per casualty " is based on the casualties line (BH/SI/RIP).