Group managers: Dunenzed
In early 2013, a mysterious figure comissioned an item to become a sought after prize and beacon of hope and pride for humanity amidst a sea of chaos. A small cabal of designers and creaters secured the highest quality materials possible and oversaw the creation of 13 mystical shields deep within the secrative armories of Kingston. But even magical items cannot become relics and inspire warriors if they have never been to war, so the shields were relinquished to several parties of bold adventures to go on near suicidal quests into every corner of the Old World. It has taken months of waiting, but finally the first of the shields has returned and will become the first prize that shall pass from human coach to human coach in 2014. Holders of The Shield will be known as 'Defenders of Humanity' and have their team name magically stamped onto the relic for all to see. 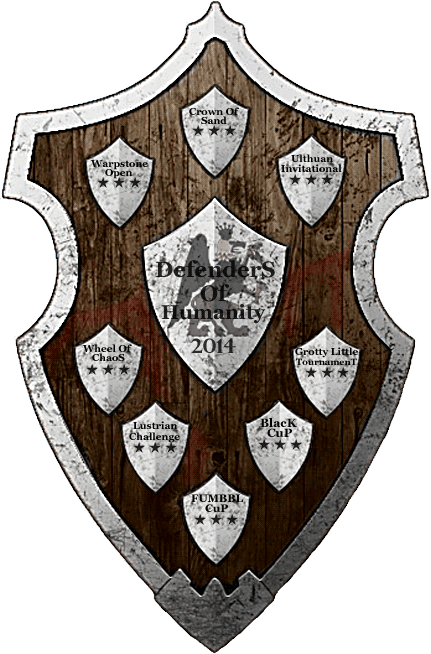