Mummies are one of the most feared Blood Bowl players. Mummies are very strong and without any negative traits like Big Guy, Really Stupid or Wild Animal.

Mummies start out as casualty machines. They have a very high ST value and Mighty Blow, so getting them their first skill is just around the corner. Regenerate effectively adds insult to injury. With Regenerate, there is always a chance of the mummy coming back after the nastiest kick in the head, unlike an apothecary that is blown after one shot.

A huge drawback on the mummies is their lack of maneuverability. Because of Movement 3 and Agility 1, even with Break Tackle they can't keep up with the more agile players. I talked to a few people about their thoughts on mummies and here were their thoughts: 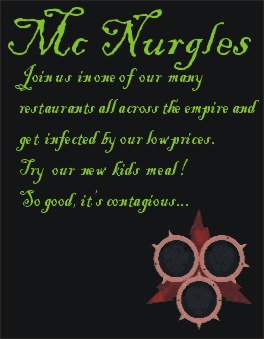 GLN: What would you change on the mummy if you would?
Christer: Nothing, I think the're fine the way they are.
DarkWolf: Increase their cost or lower their armor value.
Mezir: Nothing, I like them the way they are.
Wuhan: No changes.
Malthor:- Maybe give it Foul Appearance and increase the cost appropriately, but generally the Mummy is fine as it is.

GLN: Why do you think the mummy is so "feared" when its obvious the rat ogre and minotaur can hurt you more?
Christer: Because the mummy has no real drawbacks, except MA 3 of course. DarkWolf: Mummies are "feared" because they come in packs of two (or more in case of Khermi) and can use rerolls.
Mezir: Because mummies aren't big guys, and they don't have Wild Animal. And there are two of them.
Wuhan: Mummies can set up for 3 dice and a reroll, and never get trapped.
Malthor: Rat ogre and minotaur you can set up with Wild Animal traps. Mummies are feared because you can get multiples of them (2 or 4 depending on the team) and have access to rerolls. If you have a couple with Piling On they can really hurt your team. And both the RO and minotaur have 8 AV, meaning you can hurt them more easily too.

GLN: Why did you choose those skills when there are other skills just as or more popular?
Christer: Well, Piling On makes them useless because they lose their Tackle Zone and end up "out of the game", because their already non-existant maneuverability is gone. Its hard enough having them in position as it is without them lying around all the time. Frenzy vs. Stand Firm is a little harder to explain why, I don't think you have the same control over your player with Frenzy, as he might end up where he shouldn't be. Also Stand Firm makes it easier to stop people and try those 6+ dodges into the cage and use that Guard skill.
DarkWolf: I chose Block because, well, you need Block to stay up on your feet and avoid turnovers. Guard - to assist other blockers and other mummies in knocking down other big guys. Stand Firm is useful for getting close to the sidelines, stopping your front lines from getting pushed back and avoiding turn overs from misclick dodges!
Mezir: Sadly Mezir was not around to answer this last question in time.
Wuhan: Mummies are here to block, hence the Block skill. Piling On allows mummies to kill faster and clear the field, and Multiple Block is just fun, Frenzy is fun, pushes players out of bounds, and if you have Frenzy you don't need Tackle.
Malthor: Block is obvious. Guard, no other players on Undead teams can take Guard without a double so it bolsters the Wights and Zombies next to the Mummy. Multiple Block so the Mummy can take out two with one hit which frees up other players to do other things on the pitch.