There is more going on in FUMBBL than we know. One of our reporters has infiltrated a secret organisation located inside FUMBBL called The Cult of Kuffarooh. Because this cult is extremely secret and potentially dangerous, we are hiding his name and calling him just The Eye to keep his cover. The following is his report on what he has found out about this cult. 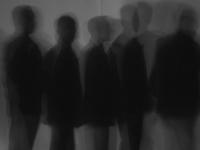 First of all, to get into the cult you need to be invited by someone. You will never know the true identies of fellow members, not even the one who invited you. The cult has its own secret Web pages where everyone uses false names to keep their true identities secret. It is rumoured that there are even admin- and monkey-class members involved, but nothing is sure.

After someone has invited you to join the cult, you will be contacted briefly and you are told to carry out a test mission. In my case, I received an email from a bogus address containing the details of my mission, and was told that I would be contacted if I was successful. If I was not successful, I would never hear from the cult again.

So, my mission was to play one of the most violent coaches with his most violent team (I cannot tell the names or I will blow my cover) and kill one of his players in the match. Somehow I managed to do that, although my team was totally killed but somehow I managed to land an 8+ foul on one of his players and with a little help from Lady Luck and his apo failing, I did what I had to.

Not more than one hour after the game, I received an email from another bogus address with instructions on how to access the Cult's own Web pages, and with my own secret name on it. Logging in to the site, I found the rules from the main page:

The Rules of The Cult of Kuffarooh.

The club has a list of challenges that will give you more respect, and maybe in the future give you a higher rank in the cult. I think the current list is for lowest level only, and there might be bigger challenges later. I don't yet know what kind of challenges there will be at higher levels, but here is a couple from the list to give you a picture of what there is:

- Tero "Perkele" Kokko must die!
- You must out-foul Wuhan in a game.
- You must make Deathgerbils Revenge concede a game.

There's just a handful from the list. I will try to reveal more from the cult now that I'm a member of it and will write more in future issues of Grotty Little Newspaper. I'm just bit worried what will happen if I get caught, but this is what a reporter must do.