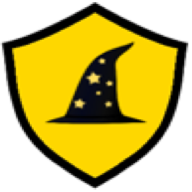 In the good old days, wizardry, spells and potions were commonplace. Sadly, some felt that it was unfair to give such advantage to teams who could afford a warlock to zap an opposing player. Or to allow an alchemist to secretly add a laxative potion to an opposing team's star blitzer's drinks bottle.

Long gone are those days, but it doesn't stop some teams of magicians to play the sacred game.

At the time magic was banned by the NAF, magician coaches moved on to field teams of elementals. While the players carried on playing, but secretly used magic items, memorising simple spells and having a quick healing potion at half time.

The current College of Magic teams use elemental players along with magician apprentices. They still use spell casters and magic items, as long as they can get away with it.

All the magic items are banned by the lenient referees on a 10+.

As the spell casters are only apprentice magicians, they can struggle to recall the spell. Sometimes they get distracted by a flying fist or even the ball and need to stop for a moment to remember it. The spells are designed in such a way to not be seen by the referee, so these players never get banned but they do suffer from Bonehead.

They must choose which elemental magic they wish to use; Earth, Air, Water or Fire.

Each coach can induce a free Wizard and a Bloodweiser Kegs.

It will be played as an Open Round Robin

The team with the most points on 31st March 2021 will be the winner.

You can create teams here.

This league is created and developed by the team at Teams Experimentalem. Feel free to have a look at our teams. We have regular tournaments, discuss new teams and create new icon art.

Mountain Heart Armour
This armour was formed from combining lava from the heart of the Great Mountains and iron ore from the deepest mines. Then imprinted with powerful runes of defence. It is heavy, but it makes its wearer as safe a tank.

Gauntlets of Strength
This magic item was common in the game before magic was banned. It gives the wearer superhuman strength. The downside is that every time it is used, the player cannot help but grunt very loudly. If they try and hold the sound in, it just comes out the other end, causing great embarrassment.

Flying Carpet
Developed in the Magic Colleges in Southern Araby, this is an amazing magic item for the game. It gives the rider the ability to move pretty much anywhere on the pitch and they can be thrown too.

Boots of Leaping
This magic item was specifically invented for the game and strangely very common amongst dwarf and halfling teams. Some have pondered whether the ban on magic items was actually due to dwarves having access to leaping. Others have said it was because a halfling with these boots will get ideas above his station.

Burning Fist
This is a glove, where wearer finds that is slightly burns and they will struggle to wear it for more than one drive.
However, anyone they touch, gets an almighty stinging sensation as heat is literally drawn from their body. Also the glove is so desperate to steal heat, that it almost leads the player to its next victim.

Cloak of Flames
The player who wears this cloak is literally on fire. This puts their opponents off from tackling, blocking or standing near them. This gives them the edge, also when on the attack.

Tsunami Helmet
This helmet pours water out of two horns, or spouts. This 'intelligent' water then gives the wearer extra force when blocking opponents.

Octopus Armour
The wearer has eight tentacles which can pick up the ball better, trip dodging opponents better and do pretty much everything else better. It takes a below mediocre player and turns them into a Hubris in a moment.

Power Hitting
This spell turns the caster's fists into stone, which gives them an extra power to the punch.

Earth Wave
This spell makes the ground below the caster into a wave of earth. The caster can then ride this wave at speed around the pitch. This spell also creates a slight earthquake beneath his adjacent opponents. Which is enough to cause their opponents to become unstable on their feet, but not enough to alert the referee. Fellow team mates then have a better chance of knocking over a quaking Ogre, shuddering Treeman or quivering Mummy.

Hurricane Throw
This spell enables the player to become like a Von Altdorf, a Swift or even a Hightower. They go from a zero to a throwing hero - as long as they can recall the spell at the right times.

Ball of Lightning
The spell-caster can lob balls of magic lightning at their opponents. On impact, these balls of lightning explode and there is a good chance they will knock down all those players in the vicinity.

Lava Bomb
The caster has the ability to throw balls of lava. They form in their hand as the caster recites the spell. Once thrown they will explode once they hit something.

Fire Claws
At the start of the drive, claws grow out of the caster's hands. As long as they can remember the incantation, the claws remain and they can merrily slice through armour like a scalpel through butter

Move as Water
The caster's body morphs. They exist as both water and human. This means they can move and act like water, but also can block, catch the ball and throw it as normal. Just make sure they steer clear of thirsty giants.

Mud Maker
This spell makes the ground around the spell caster into mud. This means any opponent try to dodge away from the caster will likely fall over and get stuck.