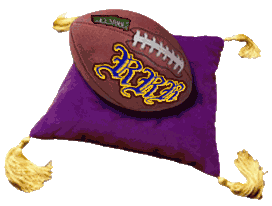 Live from the Ringdome.
Sixteen up and coming young teams.
Fifteen blood-filled games.
One hundred thousand Gold Coins on the line
Who will be crowned king of the Rumble?

Blood Bowl Entertainment was formerly known as the Blood Bowl Federation prior to a legal dispute with the Bretonnian Beautification Fund.

Teams
All New (meaning 0 Games) [Competitive] teams are eligible to apply. Your team will be accepted when there are 16 teams ready to rumble.
Teams will be chosen on a "first come first serve" basis.
Applied Teams which were not drawn in the last Tourney stay applied and need not to be reapplied. Your team will eventually be drawn in a RRR as long as it has 0 games played and has applied.

The "Rookie" in Royal Rookie Rumble refers to the new Teams, who participate and NOT to new coaches!
All standard Official FUMBBL Tournament rules apply.
IMPORTANT: As an exemption from the FUMBBL Official Tournament rules, STAR PLAYERS ARE DISALLOWED FOR ALL RRR GAMES

Prizes
Bragging rights and +100,000 Gold Coins to the tournament winner. Contact Bazakastine to get your prize.

Special
Royal Rookie Rumble C Anniversary Tournaments
Every 100 Tourneys there will be a special Anniversary Tournament.
Teams:
Only former Winners of a RRR Tournament are allowed to participate.
Those Coaches will be contacted in advance via PM.
As usual only new [C] Teams are eligible to play.
Format:
Size of the Tournament will be determined by the Number of Applicants.
Biweekly KO Tournament
Prize:
More Bragging Rights, 100,000 Gold Coins and a free Positonal to the tournament Winner.