Group managers: razmus
Waitlist: TimR - Witch Hunters
Create team for this league
Secret League Americas 2020 (SLA20) is an American-timezone league that uses the Secret League 2020 ruleset. Detailed info on Secret League 2020 can be found here - essentially, it comprises some 100+ custom team rosters that can be used, in addition to the twenty-mumble-someodd standard Blood Bowl rosters.

Round deadlines for Season 3: start 2 November 2022 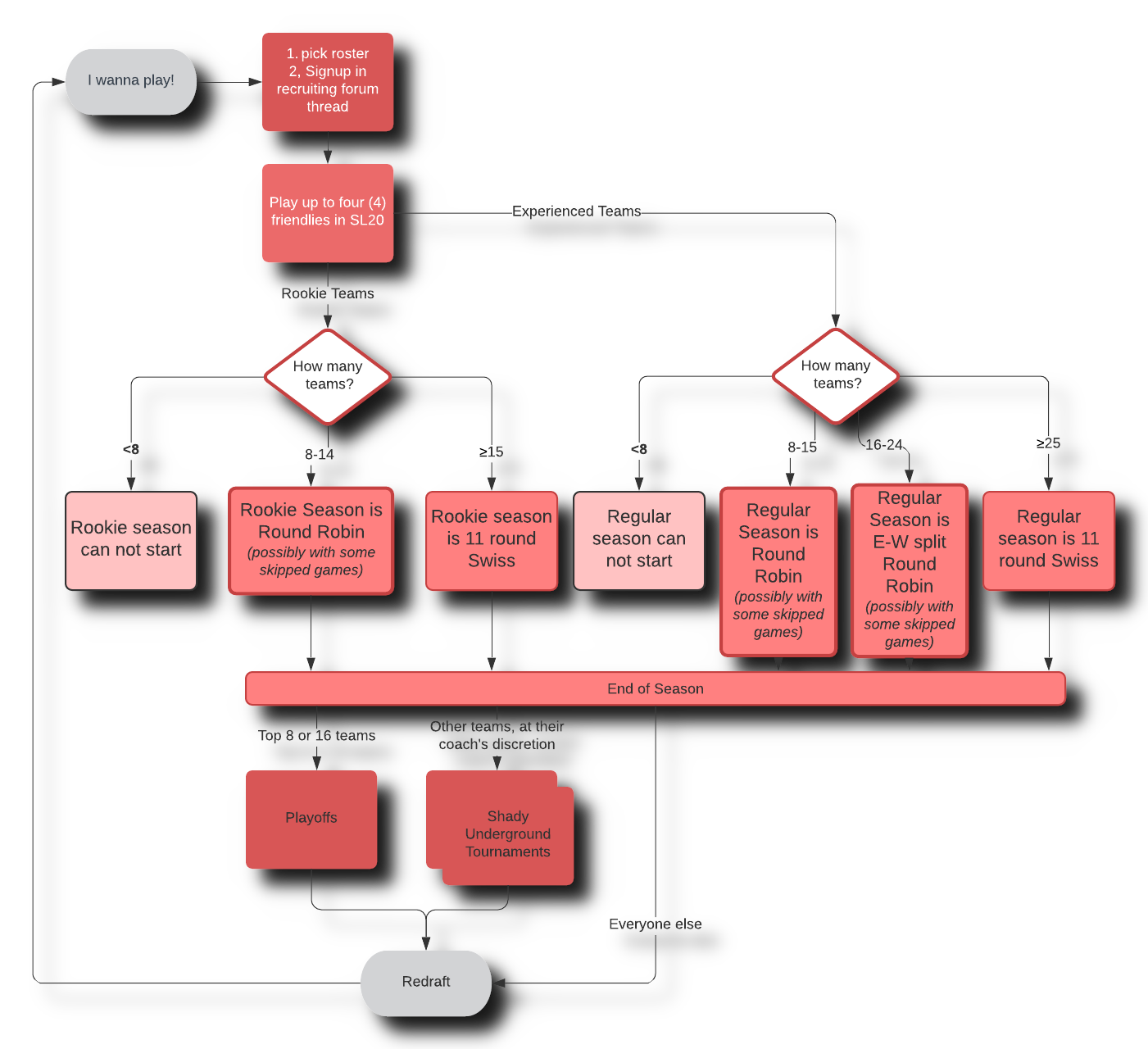 All teams will be permitted to play up to four friendlies after the team is drafted/redrafted but before the season starts. Friendlies are played against teams in the Secret League 2020 Open environment. Please create all teams for SLA20 using the create team link on Secret League 2020 Open. (The link above redirects directly to the correct team creation page.)

SLA20 will start season one with as a Swiss tournament league with rounds every ten days. Round deadline dates will be posted here and on the tournament notes once the season has started.

Scoring is 3 points for a win, 1 for a draw and 0 for a loss. (Forfeit losses may result in -1 points, depending on the circumstance.) However, there are also 'player prizes' awarded at the end of the season (see the Booty tab for more details). Teams will be awarded +1 to their season score for each player prize they possess; however, there will only be 1 of each player prize for the whole league (regardless of no. of divisions).

Further to this, there will also be items of 'lost treasure' that can be uncovered during the course of a season (again, details can be found in the Booty tab). There will be one of these per division and any team that possesses a lost treasure at the end of the season will be awarded +2 to their season score.

The league divisional structure will be somewhat flexible and will be tailored to suit the number of teams that have applied for each season. I will aim to strike the best balance I can between high/low-TV divisions and East/West Coast divisions, depending on the population of returning and new teams.

The first season will culminate with an elimination playoff tournament to determine the winners of the season. It is possible that teams who don't make the playoffs will be approached to participate in shady, underground tournaments. At the conclusion of all those tournaments,

As mentioned above, each division in SLA will contain an item of lost lustrian treasure, which can be uncovered and adds +2 to the season score of the teams that end up holding them at the end of the season. There are some other rules that are specific to these treasures:


We also have a league Discord channel, which can be accessed at the following link. Feel free to drop in for a chat, or if you have any questions:

Momentum is very important to the health/credibility of the league and round deadlines will be actively enforced, with foreits where necessary. Extensions will be given for games where both coaches have been communicating and a firm time/date can be arranged for the game. If a game is forfeitted and one coach can show that they have made an effort to contact their opponent, then they will be awarded 3 points for a 'forfeit win'.

The league will be operating a 3-strikes-and-you're-out policy regarding forfeits - if you forfeit 3 games in any given season then you will be kicked from the current season.

(Note that in the first 2 seasons in the older environment, JellyBelly took a harder line against 'droppers'. If it is obvious that someone has dropped and they aren't responding to pms, then I also won't wait until that third strike ...)


Ever since Marco Columbo returned from his expedition of discovery to the New World, rumors have spread like wildfire of the forgotten continent across the Great Ocean. Daring explorers have ventured there in search of lost riches. Many have not returned, but those who did brought back enticing tales of lost civilizations, ancient cities and temples hidden deep in the Lustrian jungle, which contain ancient treasures beyond mortal imagining. Legends abound also of unusual races and creatures that can be found there – of cities full of deadly lizardmen; packs of ferocious dinosaurs; and primitive tribes of amazons and cannibal halflings that reside in the depths of the jungle.

One tale in particular that has intrigued Empire historians are reported discoveries of Blood Bowl stadiums that have been found in these lost cities. It had previously been thought that the venerable sport had been invented by warring Dwarves and Orc tribes in the Old World, several centuries ago. However, if true, this discovery would suggest that the origins of Blood Bowl go back much further, perhaps even to the early days of the Slann and the Old Ones.

To settle the mystery once and for all, Emperor Karl Franz dispatched his most intrepid explorer, Dr. Averland Jones, to the New World to find out. For many months, Averl scoured the hostile Lustrian jungle, surviving only on insects and having no choice but to kill many ferocious Lizardmen and dinosaurs with nothing but his bare hands and trusty whip. Eventually, exhausted by his trials, he stumbled across an ancient, ruined stronghold, concealed in a lost valley at the base of the Spine of Sotek mountains. On venturing into the stronghold, he discovered that it was home to a legion of undead Rasetra, who quickly apprehended him and brought him before their leader - a huge, powerful Slann Necromancer named Sloss-tti.

As he was awaiting his fate in the great Slann’s throne room, Averl was sure he was going to die. However, to his surprise, Sloss-tti offed him a bargain. In exchange for his life, Sloss-tti demanded that Averl return to the Old World to spread news of a new Blood Bowl league that he was preparing to launch. The victors would be declared the greatest team in the Warhammer World and their coach would be worthy to wear the Crown of the New World – an ancient treasure that had been handed down through generations of Slann for centuries.

And so, that is how the rumors began. Now, Blood Bowl teams from all corners of the world – from the Empire and the Skaven underworld, to the remote reaches of Nippon, Ind and the Chaos Wastes in the north – are travelling to Lustria to compete in Sloss-tti’s league, for timeless glory and ancient treasure.

Do you have what it takes to defeat them all and stake a claim to the Crown?

For Those About to Block


Final Standings for Season One


This is what you can win! 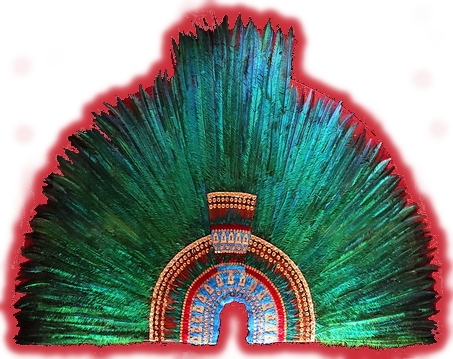 Headdress of the New World

An ancient and coveted relic, said to have been worn by Aarn'Rhygrs, an ancient Slann, according to Lizardman legend, is said to have wandered the lands unable to find a team with whom to play, but eventually became a Blood Bowl master and ruled the pitch for an age. The headdress was a ceremonial piece held in Crokus Keep, but will now denote the ruling coach.

Awarded each season to the team that wins Secret League Americas.

Turns out Sloss-tti got these in bulk to award to the second- and third-place teams.

Award of the Phrank Jif'rd

A graven image of the legendary Phrank Jif'rd, the now mythic first commentator of the Blood Bowl leagues of old. The award is given for a single season to the team which shows the most heart in post season non-playoff games.

This golden statue is a copy, cast from the very first Blood Bowl ball, which was used by Shak'rilak himself. Made from the skin of an Oinkasaurus (hunted to extinction centuries ago, as the popularity of Blood Bowl exploded across Lustria), it was crude and barely fit for purpose.

Awarded each season to the player that scores the most touchdowns. 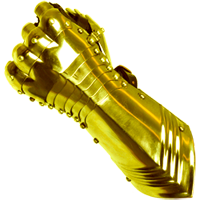 The left gauntlet was worn by the legendary Saurus Temple Guard, Ixlsis, who was the captain of Shak'rilak's personal bodyguard, as well as a member of the Lizardman team that first won the Lustrian Cup many millennia ago.

Awarded each season to the the player that makes the most blocks. 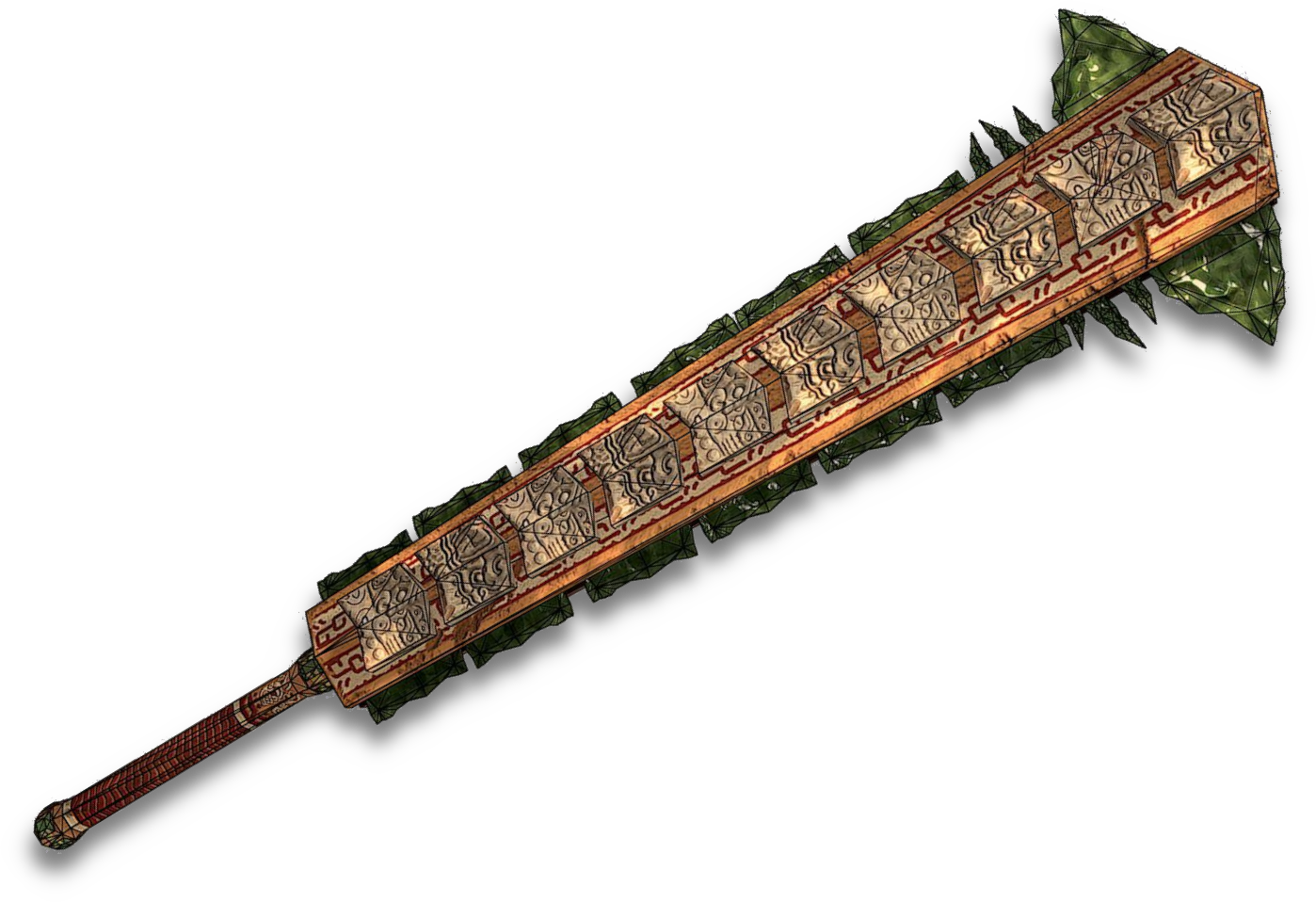 This early chainsaw found use on the pitch in the ancient Blood Bowl games of old, and was recovered in the ruins of Huah-Huah. It's original wielder is unknown but most likely encountered a nasty end as most chainsaw wielders are wont to do. Now it simply serves as a reminder that Blood Bowl has always had a violent past.

Awarded each season to the the player that causes the most casualties. 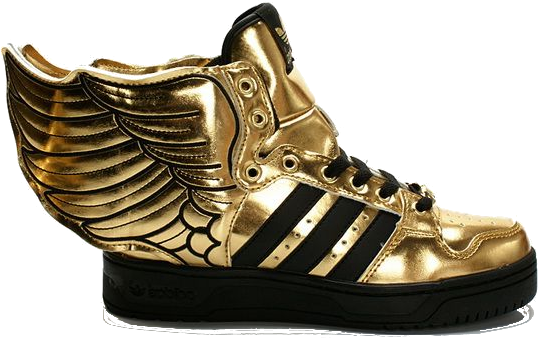 These winged sandals, symbols of swift travels down the pitch, were contributed to the league by sponsor Orcidas! Whether you're dashing down the field or trodding on your opponent's face... be sure to look good doing it.

Awarded each season to the the player that achieves the most rushing yards. 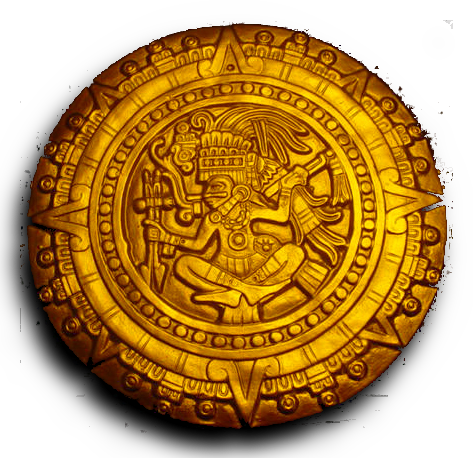 This is a reproduction of the shield used by the blitzer Dassaovr, it was used to great effect to move opponents out of the way allowing Dassaovr access to the opponent's endzone. All these centuries later, he is still recognized as one of the greatest offensive players of all time.

Awarded each season to the best 'Blocking Scorer' player, the one with the highest (min(CAS,TD)).

This is the boot that was worn by the semi-mythical Malikitha Groinstompa. From distant Naggaroth, she played Blood Bowl for many years, ending the careers (and future hopes to reproduce) of a multitude of players before retiring to the north.

Awarded each season to the the player that makes the most fouls. 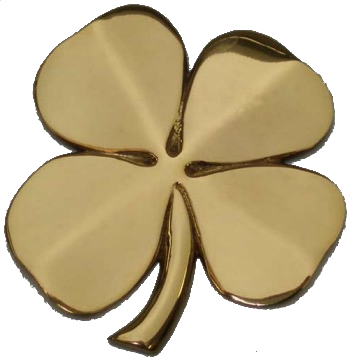 Luck and being in the right place at the right time is frequently what it takes to get noticed in Blood Bowl. The shamrock is given to the luckiest player who manages to be the biggest P.I.T.A. to opponent throwers.

Awarded each season to the the player that is awarded the most Interceptions + Deflections.

Lost Treasure
Yes, you heard it right! In this league, not only will you have the chance to play Blood Bowl with/against some whacky teams, you will also have the opportunity to uncover various items of ancient Lustrian treasure and attempt to smuggle them back to your homeland!

Plus, if you can uncover one of these coveted pieces of loot (and hold on to it until the end of the season), then you will be awarded +2 to your season score!

Below are details of the current 'rumors':

This is a fertility symbol that once belonged to Potzipanzi, the ancient founder of the cannibal halfling tribe, Slo'cookum. The idol was stolen centuries ago by Estalian raiders and, despite catching and feasting on many of the humans over the years, Slo'cookum never managed to retreive it. However, it seemingly never turned up in Estalia either, leading to rumors that it had been lost somewhere in the Lustrian jungle.

Acting on a tip-off, Averland Jones was able to track down an old Saurus hermit living in a cave next to the Amaxon river, who reportedly had some information on how to find the idol. The hermit's dialect was old and difficult to understand, but Averl could make out the following words: 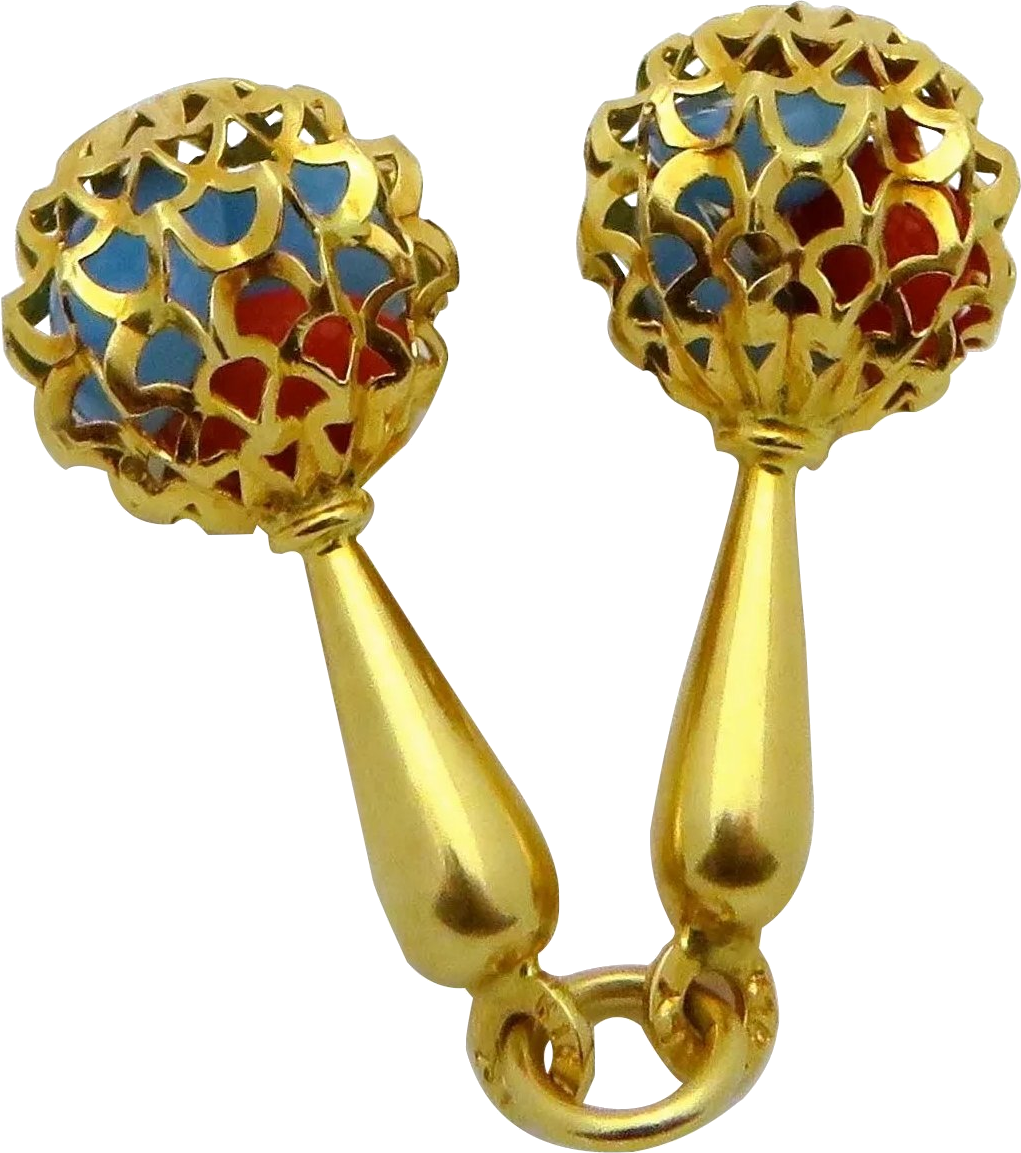 Before he disappeared, Sloss-tti was distracted about something that was going on. Always muttering and too busy to even snap at Tic, his toady, he finally disappeared. Tic found this ancient treasure jammed in the cushions of the Necromancer's throne. Its use is a mystery, but it sure is sparkly-shiny. 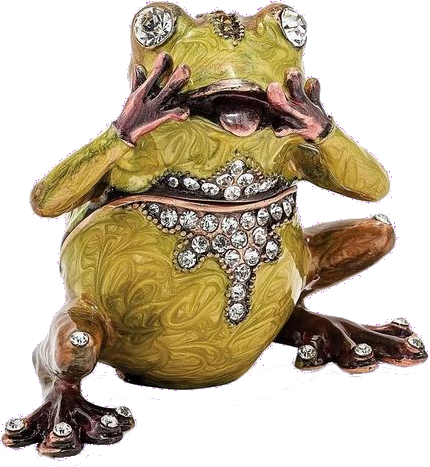 Previously found, the Mystic Sparkle-Slann of Huah-Huah disappeared in a locked room. The room smelled faintly of wet rot, perhaps that's a clue? Probably not.
Clues: (1) Here on the sharp headland, (2) my music sounds across the land, (3) a core of bone, and (4) attached to the head.
Answer: A horn or horns. Well try again next season, hopefully with a better riddle.

Current holder: coach <none> of OMG! It's lost again! Can't y'all keep track of these things?