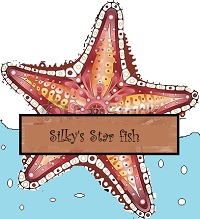 This goes to the player with the most SPP's 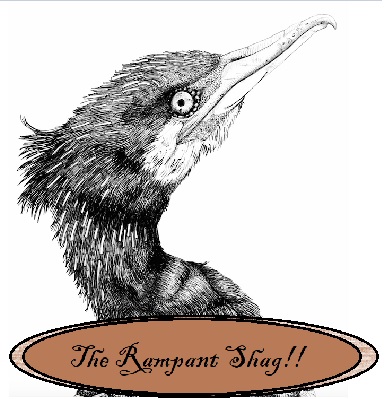 This annoying bird was caught and stuffed by the Mercenaries of the Nightwing and given to Silky as a bizarre parting gift. The Shag goes to the player with the most TD's for the season. With it goes the Accolade of when they arrive in the tavern they are greeted with a hearty "alright Shagger".

Our own White Whale in Osbbl that player that cursed so many other teams driving them to distraction with the issuing of savage beatdowns (CAS) upon their opponents.

The Hand of Cod

This award is for the player with the most Completions in a season.

This award is for the player who stuck in the boot the most all season, though the Osbbl refs don't like it unless they are richly rewarded the crowd still love to see it.

The Chum bucket for services to Chum production

As all of you know the Chum fiasco has haunted Silky in season 3 and the Stormfel have launched a protest nationwide disrupting Shipping throughout the Isles.
Silky found a solution using his cleaning services to reuse the dead players

Silky (to his mates) was a top soul singer after his secret pact with a chaos god gave him the gift of a golden voice and silky moves. After going triple platinum with the Tentacles first album (Soft & Silky) Things started taking a huge downward tilt… Silky and the rest of the band started being ravaged with terrible physical hygiene issues, and after a year of developing hideous mutations, bloated pustules and revolting stench, the band started losing their flame. Was it the drugs? The non-stop parties? No, Silky had made a pact with Grandfather Nurgle himself, and now he wanted their souls (and tentacles) for eternity…

Fast forward three decades and the Tentacles had fled from their former lives and were now plying their trade as mediocre blood bowl team after their manager (Damone Le Funk) spotted a gap in the sporting industry for teams cursed with Nurgle’s rot.

After displaying his silky skills on the gridiron, captaining the Tentacles to numerous small titles, shields, cups and spoons, Silky retired from playing and became a NAF official.

Surprisingly, Silky never paid any tax in his life and managed to stash a lot of cash during his career as an artist, and has now put together his old connections, crossed a few zeros and called a few favours enough to start his own blood bowl league in the furthest reaches of the world.

Nobody knows what further plan Grandfather Nurgle has in store for Silky Wilkinson, but one thing is for sure, it will always be very entertaining.

OSBBL is a virgin league of the most cruel, twisted and outright wrong outfits that any blood bowl league has ever seen, and long may it continue!


The secret Splatterfest is an offset of Oceania Secret Blood bowl league.

Here the dead rise again to feed on the blood of their victims. This competition starts on the week of Halloween:
The following teams are allowed in only their virgin (Rookie form). This is either a straight Knock out or a double elimination dependent on numbers.

The first round must be played on or before Halloween unless prior arrangement has been made and explained to Trickey. Further rounds should be fired every 3 days at a maximum unless prior notice has been made.

On request losers in this tournament can play in one off Frog off matches.


The Festive Beat down


This Tournament commences sometime in December and ends ideally before the 23rd.

The festive beat down teams are to be 1.2 TV or less. All teams as it is Yule tide are gifted 200,000 to spend as it is the season to throw money around an aw that. This money is on top of any other inducement money you have.You must try and spend as much of it as you can but in any way you feel fit.

Generally this is in two open round robin groups with the top 4 going into the Black Friday Berserker with 200,000 to spend on cards and 200000 to spend on inducements plus what ever else they have. If there are enough teams for 2 groups i is the top 4 unique coaches that go Berserk. It is the most wonderful time of the year we hear.

Matariki is the Māori name for the cluster of stars also known as the Pleiades. It rises in midwinter and for many Māori, it heralds the start of a new year.

Matariki literally means the ‘eyes of god’ (mata ariki) or ‘little eyes’ (mata riki). According to myth, when Ranginui, the sky father, and Papatūānuku, the earth mother, were separated by their children, the god of the winds, Tāwhirimātea, became so angry that he tore out his eyes and threw them into the heavens.
Cycles of life and death

At the moment the way Osbbl will celebrate this is a little hazy. But we plan to bring in the brightest and best from Osbbl.

- From season II there will be two conferences of 7/8 teams. These two conferences will be randomly drawn from all readied and confirmed teams with no seeding.
Each team will play each of the other teams in their division to a predetermined schedule within the normal league season. Once this stage is complete, the top team in each division will playoff for the ultimate award, "Wilkinson's Sword"
Both coaches winner and loser will have the following season conferences named after their teams.
For the bottom-feeders among you (the bottom two teams in each conference) Get to playoff against each other for the fabled MULLET trophy!
Once this stage is complete and the sword holder announced, there will then be a knockout tournament and league cup (The Silky Sucker Cup) which will pit all available teams against each other to battle it out for the coveted cup. NOTE you may enter ANY team that has completed a full league season of OSBBL as long as the TV exc ff does not exceed 1.6m. This means you may switch out your current league team for one you have used before.

Should there be any questions regarding rules query or other related stuff please PM your lovely league commissioner Trickey.

- Only one team of each race is permitted.

-Specific criteria on each tournament is outlined in the tournaments tab.

- Rookie teams may play any amount of builder games against any opposition as long as they are competing against other coaches with secret league rosters, and keep their entry TV and treasury below 1.3m etc.

- Teams that have played in the season proper at any stage, may not be allowed "builder games" of any kind or play outside of the league, though they may re-enter the league or cup after absence."Builder Games
do not include any sanctioned Osbbl Events.