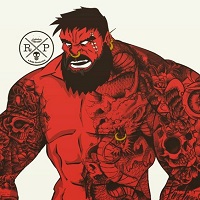 Eastwood holds an early advantage having played more games, but War is no shrinking violet and likes the LOS far more.

Place a bet on which will reach legend first!

**This blog was brought to you by Heavy Lifting the official gym and fan club for this ogre team - join today and get free membership for life!**

It got really close when after 3 games the spps stood like this:

but Eastwood pulled it out of the bag today with an inspired performance against Project Armless Gits (Nurgle) with the game winning TD, a casualty and the MVP. He then managed to hurt two goblins in Squiglets Six Feet Underdogs and took the win.

His final skill? Pro as befits the ultimate ogre sweeper.

Thanks to all those that took part.


War got legend too. In 81 games, so 7 games less than Eastwood. As a result I'll donate the extra £5 for that bet too. Fumbbl wins!


Niggled by a stupid wrestle non-mighty blow wood elf in this dicing of a game: https://fumbbl.com/FUMBBL.php?page=match&id=3929322

Seriously watch the game. this injury was just icing to the insult perpetrated by the deep6 RNG machine.

In Eastwoods 200th game, Lord Borak ends his career and pixels with a swift and savage boot to the unmentionables in this game https://fumbbl.com/p/match?id=3982559. At the time of his death he was the No 1 Active Top Star Ogre, No 1 Active Blocking ogre.

RIP Eastwood. The Bro's will mourn your passing. Replacing you will not be easy.

There are rumours that the Andre the Giant memorial Battle Royal will be renamed after Eastwood this year to recognise the achievements of the the number one all time top star of ogres in ranked.