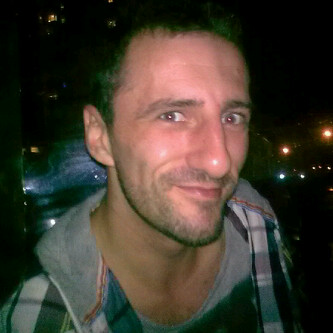 A lesson has just been learnt... In turn 16 of a thoroughly entertaining Black Box game (between my Chaos and some Lizzies) I was trailing 1-0. After some chaotic 2nd half defence I had reduced the Lizzies to just 3 players, retrieved the ball, charged it down the field and was within range to stroll over the line for a simple last second equaliser...

However with re-rolls in hand greed took over, I decided to surround the last healthy Saurus and 3D Block him with my best player (Claw/MB of course) thinking there could be some easy SPP's to gain.

You can probably see where this is going, but of course now I've started I have to explain in full. The first 3 dice came up as Push/Push/Push. Certainly not the end of the world, however I decided to re-roll seeing as it was my best killer (who in case you're wondering did have Block), and before you could say "Greedy Bugger" Skull/Skull/Skull came up on the screen requiring me to pick one of their laughing faces.

After a few seconds of disbelief the request was fulfilled, the whistle blew and the game ended with the ball carrier wondering why he hadn't jogged over the line for the score.

As I have now learnt re-rolls may only offer you the opportunity to make the same mistake again, or in this case even WORSE!

Any similar experiences?
Posted by harvestmouse on 2011-12-06 21:21:19
well I guess everyone bar you would be happy with that outcome! Go for it, yes I think so, unless it was a major competition. However rr the pushes? Defo no.
Posted by PyrionFlax on 2011-12-06 21:28:34
Agreeing with someone? I know, a first for me but yeah, Harvestmouse is right. Nuffle despises greed, and being offered a way out - push push push - that is ALSO a portent of doom should have set alarm bells ringing.

Even though statistically there should be nothing stopping you making that block, the TD is more important.
Posted by JigerJones on 2011-12-06 22:07:25
Lost possibly the best werewolf ever rerolling push/push into skull/skull. Recently lost a legend clawpomber against Carlo doing the same thing.
Posted by Cavetroll on 2011-12-06 22:24:47
triple-skull bollocks!

And yes, I've had similar things happen to me. I would have just taken the 3 pushes and maybe tried to blitz/block with a different player and saved the reroll for that.
Posted by DanielM75 on 2011-12-07 07:48:57
About 15 games ago, I had certain score on turn 8 of first half. Score 0-0.
I decide to try and get an hogob of the field with a 2D blitz with re-roll.
I wouldn't have risked a re-roll on the 2nd block, but double skull into double skull meant I didn't score, and ended up with a tied game.
Posted by cameronhawkins on 2011-12-07 10:17:44
hmm... It was still, definitely a good call to make the block. I don't know any experienced coach who would not make such a block, particularly in a unwinnable game, with a team still in the midst of development. In my experience, most people will try all 2-die Blocker blocks before scoring, and sometimes even non-Blocker blocks, or 1-die with a RR. If you can't win, you have to try to maximise the SPP that you can get, and the fact that occasionally statistical insanity can happen shouldn't stop you from making a good call.
Posted by Hitonagashi on 2011-12-07 11:06:13
Yeah, I'd have certainly taken the 3d. I also would never RR pushes on the last turn...
Posted by the_Sage on 2011-12-07 11:10:04
Agree with Harvest and Hito.
Block was right, reroll was not.