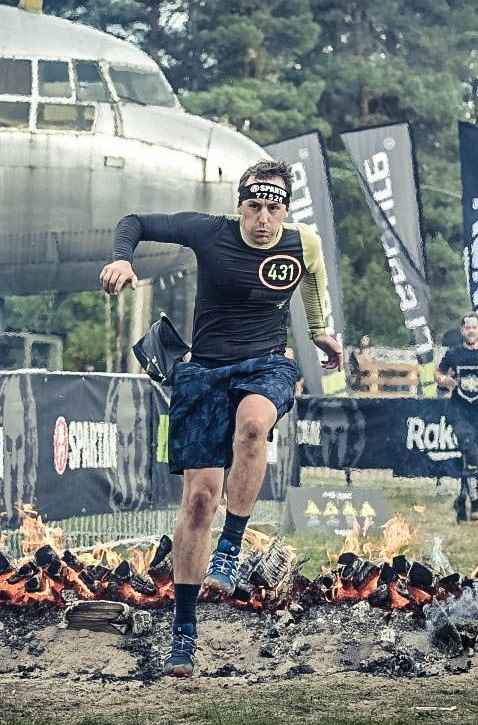 Here are some suggestions i would make if i were able to contact the rule makers :D

*Mutations back to doubles, therefore priced correctly and not as easy to obtain. I would go as far as saying any double before 10, the mutation should be a compulsory choice. It fits in fluff wise as you can't just get better at a game and be like, "you know what i'd like grow a claw to help me bash orcs ah wait never mind, scrap that, i'd rather learn to block better"! This would stop mutations being 100% all the way of the teams that have access to them and actually on occasion be a nerf to that claw/mb player who wants to pick PO but instead mutates instead.

*PO, can only re roll Armour. Still good, but combined with other changes maybe not OP?

*Do something/anything to the Human roster!

I am just trying to compile some ideas here, what do people think?

Mathias
Posted by BlizzBirne on 2011-12-19 16:09:57
point about mutations sounds fair ... not being able to pick what sort of mutation you wanted would be realistic. less fun for M teams though, but i like the idea. not that we need more random influence in this game though ... ;-)
Posted by PainState on 2011-12-19 16:10:26
Until Christer states that he is going to form a group to support him to come up with a LRB:FUMBBL Iam not going to worry about any rule changes. No reason to get my hopes up.
Posted by Calcium on 2011-12-19 16:13:21
+1 to fouling would make the already powerfull clawPOMB teams superstrong. Better to nerf clawPOMB than give another weapon to them :)

PO only RR'ing armour? Make it a RR without modifiers on armour/injury and it would still be good, but not brutal as it is.

Snotlings are just ridiculous. Give Ogres back Gobbos...

Decay is ridiculous. Makes Khemri unplayable imo.
Posted by Reisender on 2011-12-19 16:29:54
sound ideas. the human roster would be imho the catcher.

but should he get (for a fair TV)

or somethin else (diving catch, sure feet)

Trade Snotlings for Gnoblars (some version of a str2 stunty worth 30k).
Posted by JimmyFantastic on 2011-12-19 22:21:03
Decent ideas, better than what ppl normally come up with.
Posted by Overhamsteren on 2011-12-19 22:31:07
MA6 ST1 AG3 AV6 snots would be cool, then the ogres need something be it more ogres, cheaper ogres, cheaper rerolls, better skill access or whatever.
Posted by Catalyst32 on 2011-12-19 22:44:25
Piling On should have a negative affect on the player that is Piling On.
He should have to roll his own AV every time he throws himself onto the ground. If his AV is broken then he should have to roll on the Injury Table.
I think this change by itself would fix over half of the problems with CRP.
Claw and Mighty Blow combined is about right...
Piling On with no risk involved in Piling On is DUMBER than DUMB.
Posted by latulike on 2011-12-19 22:57:11
I would also bring back the horns + ST on a running start only.

PO starting on a running start sounds a good idea too, would limit it to once a turn.
Posted by pizzamogul on 2011-12-19 23:17:39
@Catalyst32: What if PO use resulted in the player using the skill being auto stunned? This would represent one turn to untangle the ClawPOMBer from the pile, and another to stand back up. Then, Jump Up would be another necessary component of an effective every-turn killing machine.
Posted by CaptainBringdown on 2011-12-19 23:41:55
Definitely, an Ogre team should get the goblins back again - although it does make Ogres even more chaotic to play these days with the tiny little guys getting killed every turn!
Posted by pythrr on 2011-12-20 00:45:23
NO
Posted by Tricktickler on 2011-12-20 01:14:46
I agree with everything except the thing about mutations.

Human catchers should get one more armour (av8) for the same cost as now. Since I dont think thats enough the cost of their ogre should also go down from 140 to 120 which was the cost in lrb4. Perhaps they should also get cheaper re-rolls. 40k instead of 50k.

The price of ogres in the ogre team should also go down from 140 to 120 like it was in lrb4. Also replace snotlings with goblins instead like you said. Or perhaps keep snotlings but give them 0-2 goblins. Or give them an extra ogre, 0-7 instead of 0-6.

I think pilling on in lrb4 was slightly to weak. Perhaps pilling on should be re-roll either armor roll or injury roll with a -2 modifier if you chose to re-roll the injury roll. So combined with mb it would be -1 on the injury re-roll.

Yes khemri should definitiately lose decay. But I also think tomb guardians and mummies should regain access to general skills.
Posted by stej on 2011-12-20 01:23:57
Make pilling on a big guy only skill
Posted by BillBrasky on 2011-12-20 01:35:00
We could make dp +2 to armor or injury & sneaky git work like piling on, to reroll armor or injury for fouls. Everyone has access to it, and it would make clawpombers think before piling.
Posted by shadow46x2 on 2011-12-20 03:26:30
i think the best suggestion that i heard regarding changes to LRB6 was to change it back to LRB4....