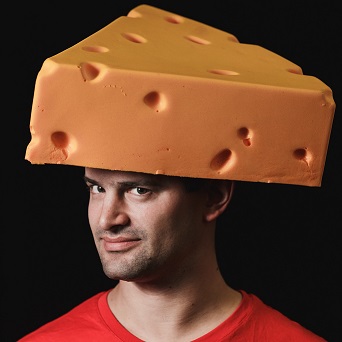 B7 Tabletop Tournament
2011-06-29 22:01:46
rating 5.2
2014-12-16 00:32:10
11 votes, rating 4.6
Today the crew around Rick, Baba, Threefoot and the Red Corsair faced some naughty Orcs in the round of 16 of the Fumbbl cup. After a good wiz the could break the orcs which then could not use the riot to tie. A Blitz in round one could have ruined the victory, but with some pows and some luck on the next turn(not going down against 3 dice and opponent failing a gfi), previously apoed Tom "The Fox" Greeneye could break through and even stall another turn to score 2:0. a Blitz on the other side then enabled the crew to blitz the ork thrower and a lucky bounce that was not a touchback made the offence last a couple turns. With a snaked gfi of the ballcarrie the Pirates were 3+3+2+2+ away from the 3:0 and safty, but it was not the case. nevertheless the win was almost secured with orcs being able to score in turn 7.
But wait! That filthy scum of green dickheads thought it funny to ramp up on Dave "Fat Bastard" Smith, more or less the heart of the team, and just kill him for fun. Filthy SUCM!

Capitan (of the team and the ship) Red Corsair after the game: "you know, even though he was fat, and a bastard, and slow, he was a big part of the crew. There were some rumours though, that a necromancer has sponsored a price for the winner of this filthy tournament. So the boys will be even more motivated now to take this one home and get Dave back! As we don't know our next real opponent yet, we scheduled a practice game against some wannabe chicks. Always gotta look after the fans. Now please open that barrel of beer, will ya!"
Posted by happygrue on 2014-12-16 00:52:57
Yarr, he died do'n what he loved.
Posted by Rabe on 2014-12-16 08:38:01
For humanity! \o/

Oh, and my condolences. Noble sacrifice!
Posted by Dhaktokh on 2014-12-16 09:15:17
I was so close of rating this blog a classic rip-6, but a specific mentioning about "some wannabe chicks" makes this tiny blog about a dead(!) fat, stubborn gigantic human turn into a solid 1!

The gates to hell have opened, and its MEN who will pray for mercy during the next round!