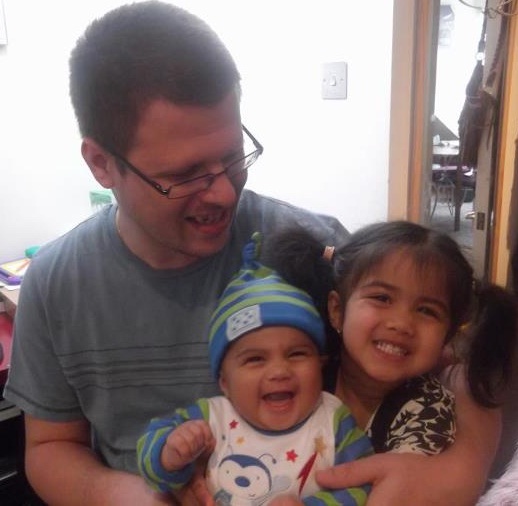 Added some new Random Events to College FUMBBL for anyone who likes this kind of thing.

I am the Greatest - Egos are running high on your college team this season, which is causing friction on the team. All positional players on your team gain animosity for this season.

Knuckledusters - One of your players has managed to lay their hands on a pair on Knuckledusters. For a chosen game this season you may give a player of your choice Dirty Player & Mighty Blow.

Grudge Match - During the off season your college has been having a major dispute with a rival college. Things have gotten so bad that you've decided to settle things once and for all, on the FUMBBL field. Select an opposing college, when you play that college this season both teams Linemen get Dirty Player and both teams get 2 Free Bribes.

Exploding Ball - One of the Professors at your college has confiscated an exploding ball from some unruly students. He has given the ball to you to dispose of, but you've had a better idea of what to do with it. For a chosen game this season you swap the game ball with the exploding ball, on the opposing teams 1st drive the ball explodes where it lands. (You may hire a wizard for a chosen game and use the Fireball spell centered on the ball after it lands, on your opponents 1st drive.)

Dawn of the Dead - An imbalance in the cosmos has caused the dead to keep coming back to life in and around your college. Whenever a player on your team dies this season, they will return as a zombie. Zombies return to the the team with 1 less MA, 1 less AG, gain Regen and can be kept until the end of the current college year. (Zombies return with all SPP and Skills already earned).

Lurve Potion - You have managed to slip a love potion into one of your opposing players drink, during the game the player keeps falling into a trance thinking about the object of their affection. Pick an opposing college in your league, a random player on that team gains really stupid when you play them.

The Wall - Your team has been practising a new tactic in pre season and are now ready to implement it. All of your Linemen gain Stand Firm for the 1st game of the season.

Magic Sponge - A local apothecary has donated some of his unused goods to the college. Most of the items have been snapped up by the various other departments. Luckily you've managed to lay your hands on a mystically imbued sponge, said to heal all ills. The sponge will remove a niggling injury permanently from a player and can be kept to be used at a later date. One use only.

Wax On - A mystical healer has arrived at your college, claiming to be able to remove the injuries from injured players. If your college has any players with permanent injuries then your college jumps at the chance to heal one of them, the healer claps his hands together and starts rubbing furiously....
Choose a player with a -stat and Roll 1d6
1. The player recovers from his wounds and the healer takes his payment and leaves. No sooner is he out of the college gates than your player collapses to the ground in agony. Your player does not recover and will miss the 1st 1d3 games of the season.
2-5. The player recovers from his wounds and gets the all clear from your apothecary. Remove the - Stat for the 1st game of the season, but the player will miss the next game after that as the injury returns.
6. The player recovers from his wounds and jumps to his feet claiming they have never felt so good. Remove the - Stat from the player.

Heckled - One of your players is getting picked on by the opposing colleges fans and can't handle the abuse. For a random game this season, a random positional player on your team gains bone head as they keep getting distracted by the opposing teams fans.

Dazed and Confused - One of your players has not been attending classes and has been partying a bit too much, getting held back a year. Move a random positional player back a year in college and give the player bone head.

The Next Big Thing - One of your players has had a news article printed about them giving your college some much needed prestige and making the player a favourite of the crowds, although the publicity has gone to the players head giving them an inflated opinion of themselves. Your college gains 2 PR and your player with most SPP Player gains Fan Favourite and Animosity.

Keg Party - Your students have been having a massive rager in the build up to the season. All Linemen on your team turn up to the 1st game of the season with Bone Head as they are still recovering from the evening.

F is for Failure - A player on your team fails their end of year exams. The player must miss the 1st 1d6 games of the season while they are banned from sports until they can pass the critical tests.

The Question - An unanswerable question has been posed by one of the professors at your college. The college has offered to pay for the 1st student to answer this question full college fund and some free bonus tuition as well. For the 1st 1d3 games of the season all of your players gain Loner, as they are too distracted, trying to figure out the answer. After the games a random player will have figured out the answer and gain 20 SPP.

Town Drunk - The town drunk has started appearing at your colleges games.
Roll 1d6
1. The drunk just so happens to be your father and his appearance is putting a real strain on your team management. Lose a team reroll for the season.
2. The drunk turns out to be the father of your star player. His appearance is causing the player some undue stress, putting him off during games. Your player with the most SPP gains Loner for the season.
3-4. The drunk although unpleasant is mostly harmless.
5-6. The drunk turns out to be a rich eccentric with a love of your college and a love of FUMBBL. Before every game he donates a family trinket to your team. Gain a free Magic Item Card for every game this season.

Toxic Spill - An apprentice apothecary has been experimenting with dangerous chemicals and caused a minor explosion in a laboratory at the college. An area of the college has been cordoned off while the dangerous chemicals are being disposed of. Unfortunately one of your players was exposed to the chemical and must miss the first 1d6 games of the season. During the players recovery he starts to exhibit some strange changes gaining a random mutation for every 2 games missed.

Hero Complex - One of your players has been seen running around town in a cape attempting to save damsels in distress. The experience is having a positive affect on the player, although he turns up to each game battered and bruised. The player gains 1d6 SPP in between games but you must make an armour and injury roll for the player before the start of every game. (An apothecary can be used to reroll any casualty rolls the player suffers, although it will come at the expense of the apothecary being available for the game).
Posted by Diablange on 2021-05-04 10:46:17
Impressive list of events, for those who like it ! :)