Group managers: Lasgalen, datom, det, jdm, LemonheadWallenstein, stowelly
Create team for this league
Background
Once again teams from all over the known world face each others into the classy clashy Classic Bowl 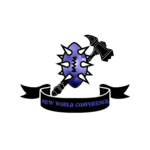 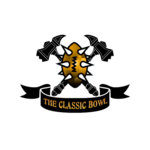 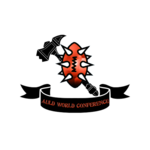 Blood Bowl is a simple game.
You have winners and losers, trophies and regrets.
For years the best teams competed to win glory to their kind, dozens of elven teams with their grace and skills, dwarves with stubborn resilience, orcs with savage strenght competed for the love of the game and hunger of money. The Game was flourishing and Nuffle laughed on his triple skulled throne.
In occasion of the final game of the 325th season held in Tilean city of Remas between the fierce Dark Elves’ team known as the Har Ganeth Hydras and the infamous Chaos worshippers team named Wastelands Wrath a solemn cerimony was held:
from the western seas of Naggaroth came a Sapphire found in the depths of their icy oceans placed as bet for the Hydras claiming the throne of best team in the world for themselves; in the same way Wrath’s players brought a Ruby, as red as the blood spilled for Khorne’s pleasure, to match the elves’ offer and play to win both.
The match was never played, teams and fans soon indulged to violence, gems were lost and Remas banned the sport of Blood Bowl from their stadium forever.
This story was soon forgotten as The whole World was ripped off by wars and the sport put aside. Only by accident the two precious gems were found by a dwarf merchant and sculpted to look similar. A call was made and Chairmen of the surviving teams, from Lustria to Eastern Steppes, met in Far Albion to save what was left of the game.
Players and coaches agreed on keeping secretly hidden the gems one in the Western New World and one in the Eastern Auld World to be given to the worthiest teams from each side.
Only 28 teams showed up at the meeting and each one took a sacred oath of competing fairly for the gem of their side of the world to gain the right to challenge the other.
When players, coaches and chairmen were arguing on who would have had the honour of hosting the reborn game, in that moment Borgman, the dwarf merchant who retrieved them, showed his masterpiece: the Golden Gem created with magical wisdom from the fragments of the twin gems to crown the best team.
Only the owner of the Golden Gem can undo the protection spells casted on the jewels that will be kept in a secret location until the best teams from both worlds will be crowned but the first seat of the clash of the worlds would have been Remas, to please the offended Nuffle by the corruption of the Hydras and the Wraths.
War is still out there, lives are still in danger, greed is raging and money runs the whole world still but THE GAME is back and THIS is the first season where teams are gathering for the new, first bowl game already known as THE CLASSIC.
Because in the end Blood Bowl is a simple game, you’ll have trophies or regrets?
You ready for it?

Welcome to The Classic Bowl!

The Classic Bowl is a BB2020, fluff-based, invitation-only league where each race is represented by one team.

BB2020 - We play a four-phases year, with divisional competitions, a league championship and then friendlies followed by an annual redraft, with two-weeks deadlines. We may have a few quirks for fluff-based reasons but otherwise we'll be sticking to BB2020 league rules as much as possible.

Fluff-based - the league is based around Blood Bowl's weird and lovable fluff. You don't need to know your Blind Willy Muller from your Tomolandry to be a coach here, but we will ask you to keep team names, player names, logos and bios in particular style - its not a big imposition but one that will help us build the best league we can.

Invitation-only - the admins here have played a lot of league fumbbl, so we look for coaches we have played that we really enjoyed playing against, that made games fun even when they were losing, and contributed to the community in lots of ways. We don't mean to sound elitist, we just want folks that don't dicerage, play in a fun and free manner, and are able to occasionally chime in on discord.

Best way to get on Classic Bowl's radar is to play against a Classic Bowl coach in one of your other leagues and not dicerage, play in a fun and free manner, and generally make the FUMBBL community better.
Thanks all!
Classic Bowl & Mud Cup Trophies

The Classic Bowl is the main trophy.
Teams first clash in a Regular Season, playing up to 8 games in their conferences.
The best 14 teams move on to dispute the Classic Bowl trophy in a play-off format.
The bottom 14 teams take part in the Mud Cup, a chance for a title, less prestigious but a title is still a title!
Previous Winners
Season 1:
Classic Bowl:
Mud Cup:

The Far Albion Cup runs in even seasons.
All teams participate in a KO format. Everyone has a chance to win!
Previous Winner
Season 2:

Single Players Awards
At the end of every season the best players are rewarded with special honours: