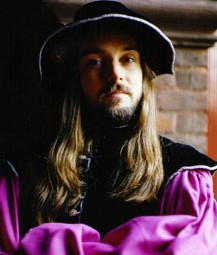 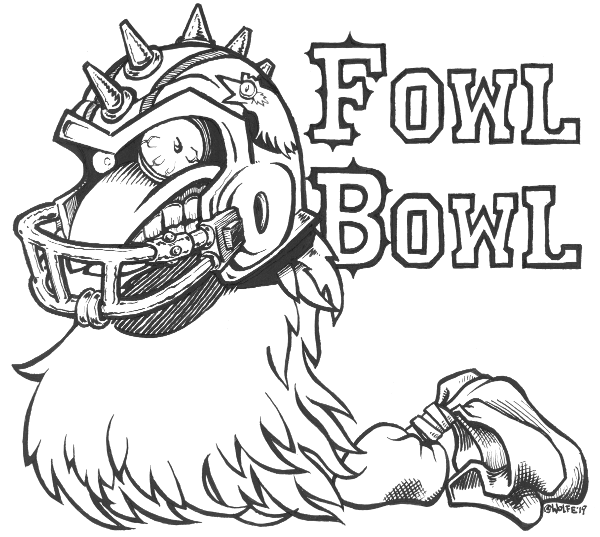 Proud Tournament Organizer for the Fowl Bowl
Folks I've had the pleasure of playing.

Are you looking for more information about the RazBot? (yeah, the link is the super basic help about the bot.)

I'm just a rubbish coach. Middle of the pack. I make a fair number of mistakes, and love to block (too much.) That said, I've decided that's okay. I sometimes need to remind myself that I'm going to win sometimes, and lose sometimes... and even if I'm mediocre at the game, that's okay. My fragile ego doesn't handle being 'booed' by the crowd though, so I almost always have spectator sounds turned off. I know I suck, I don't need the auditory reminder. Thanks.

And I pretty much hate the Warhammer fluff. It is too dark and just too dystopian and irredeemably corrupt and evil for my tastes. I want heroic good guys. I do not want lazy halflings... I want heroic Tolkein-eque halflings. Orcs, and goblins, and chaos (oh my!) are fine. Demons of corruption and disease are fine. If evil is gonna be that bad though, I wanna see some good too... not merely order, but capital G, Good. And of course, the only thing I hate more than the Warhammer fluff is the little I know about the Age of Sigmar fluff, which appears to be everything I already hate about the Warhammer fluff turned up to eleven. Soo... anyone telling me something isn't true to the source material, I'm gonna laugh at you and say, "Good!". I'm playing BB in a parallel Middle Earth rather than parallel Warhammer world anyway.

Favorite Race(s): NURGLE! They make me laugh, and I try to fill them with just as much whimsy and comedy as possible. A distant second would be Orc, which in my head I see as Uruk-hai. But I want to learn to play everything, but I still struggle with an intuitive feel for probabilities while playing agile. That does tend to mean that I have a corresponding challenge with hybrid teams. I feel strongly that the best way to learn how to beat a team is play as that team.

Reminder to me. If either Box or Ranked represent more than 60% of the games which impact your CR -- that's the CR which will be displayed on your coaches page.

How I ended up playing Blood Bowl
I bought a BB team around twenty years ago to help a friend get a league going, and ended up only playing twice. I only remember one of the two games. A local game shop that my kids frequent hosted a local BB league, so I thought I'd stop in here and really learn how to play.
List of Legends
None! Bwahaha. *sob*
Be gentle to the old man, eh?
Scheduling Games

And I've been having a blast with leagues and tournaments, which work great for me because I'd far rather scheduler a game for a set time than just wander into a game. Just to put them out here... these are generally the times I'm most likely to schedule start times for games:

I'm trying to make time to jump into the Thursday night [SL]am tournament-ettes at 9pm EST (03:00 Friday server time). But other than that, I'm happy to play my uncommitted [R] and [L] teams. Just PM me, and we'll see if we can find a common time.

Annual Review
23 June 2018 :: One year FUMBBL Anniversary!
Tabletop Teams
After one year in Blood Bowl, I've played two tabletop league seasons (orcs then khemri)(winning the second), played in two online NAF tournaments, one tabletop NAF tournaments, and 369 (121/81/167) games on FUMBBL. Lets see, that's 154 games in League, 119 in Ranked, 91 in Blackbox, and 5 in Stunty Leeg. The five in Stunty were while I was still learning the basics of Blood Bowl... just ask the coach that was yelling at me for trying to pick up the ball with a NoHands Raptor. ;-) I've learned to lose gracefully; I've had lots of practice.

When I realized I was coming up on a year, my goal for the end of the year was to hit at least 365 games. That, I managed. I also had a quiet goal of having at least half as many draw games as losses. I've just reached that a couple times, but keep falling behind.

In the coming year, my goals shall be: (1) to attend at least one NAF tabletop tournament, (2) get to 650 games, (3) continue to contribute to the community in little ways, and (4) have fun. Not gonna have a win objective, 'cause it interferes with the fun. I would like to be able to add that coach badge for "100 games in the box" to my profile this year.


23 June 2019 :: Two year FUMBBL Anniversary!
In my second year of Blood Bowl, I've played in one greatly abbreviated tabletop league (Chorfs), two tabletop NAF tournaments, and coordinated/ran a NAF tournament (Fowl Bowl:Flinger, Lich 'n Good - 8 June 2019). Folks seemed to have fun at the tournament, but it was disappointingly lightly attended. The Isle of Misfit Teams is still running okay, with thirty-two teams starting the most recent tournament, but a slow churn of participation and membership. I have the honor of managing the Old World Rookie Rumble which seems to attract enough teams to run once a month. I've tried to drive traffic to the FUMBBL site; in custom printed FUMBBL pencils I've been handing out to tabletop players, and cross-posting news from FUMBBL to the Facebook Blood Bowl Community.

Over the next year, I'll be satisfied to reach 900 total games on the site. I haven't mastered the zen-like composure to not yell at the screen or complain about the dice, but I'm going to work on it. (I'm just continually grateful there isn't audio going out though... and as long as I don't get voice recognition software, I should be golden.) I'm planning to attend another NAF tournament in October, and hope to attend at least one additional tournament before my anniversary in 2020. Given how lightly the Fowl Bowl was attended, it doesn't seem likely that I'll try it again. I'd like to complete the one hundred and fifty games for the Box Trophy before October, but that doesn't feel possible... which may impact whether I play in the 2019-2020 round. I'm still not going to have a 'win goal'... but need to find some sort of 'fun goal' instead.


23 July 2020 :: Three year FUMBBL Anniversary!
In my third year playing Blood Bowl, I played one season of the local tabletop league as Ogres and three tabletop NAF tournaments coming away with a Stunty Cup win at the second Keystone Kup and a first place win at the Mini-Bash at the Con at Betacon (only three other coaches). The Isle of Misfit Teams is wrapping up season five, and the Secret Isle of Misfit Teams was started and is up to season two. The Old World Rookie Rumble starts a new tournament every three to four weeks, and the Old World Brawl has semi regular tournaments as well. I created the Razbot to take care of some game announcements on Discord, and it's currently up to version 0.3.3. It now automatically discovers new tournaments for groups it is following, effective this morning.

I never completed the Box trophy last year... and lost the motivation to play in the box very early in it's third year. I'm trying hard to learn to take things well when I am losing. I've thrown my hat into a handful of B.A.R. Brawls, Royal Rookie Rumbles, and FUMBBL Minors which likely accounts for a fair number of the Box and Ranked games I played this year. I'm unlikely to increase my participation much in those arenas going forward.

I think this last year I painted my Ogre teams so that I could play with them. I still have my Necro team on my bench to paint, and have thrown into a Kickstarter for proper Vampire and Khemri teams. I started assembling tiles for a DungeonBowl set. I'm pretty sure I now remember either selling or giving away my OLD chaos team to Baron Fergus more than a decade ago... so am changing them from status 'lost'. ;-) 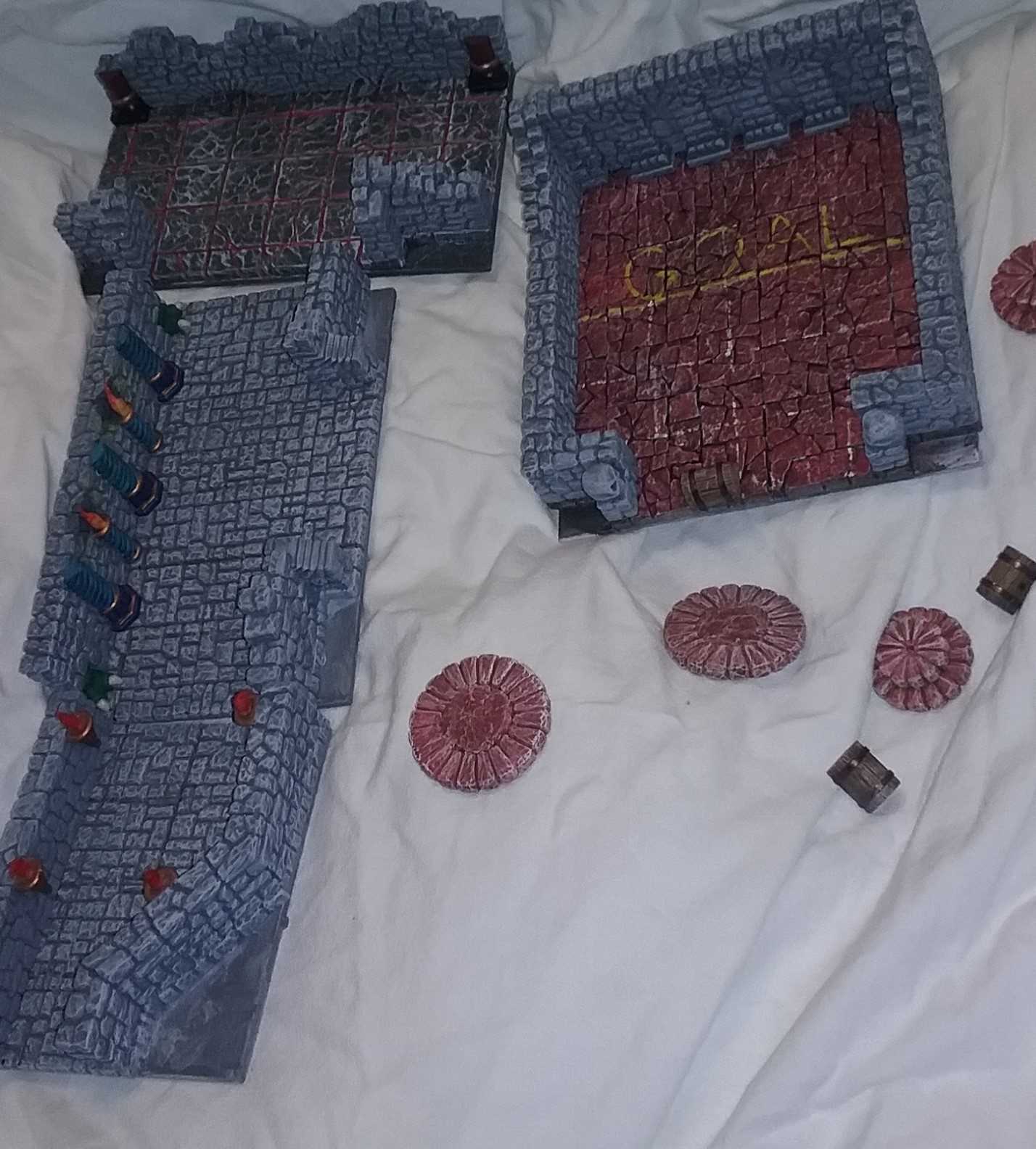 Painted tiles
So, for the next year... given that the desire to play has been waning, I'm going to put a pin in 1100 total games... so 202 total games, at least twenty-five will be Blackbox. I want to have my Necromatic team painted, have the 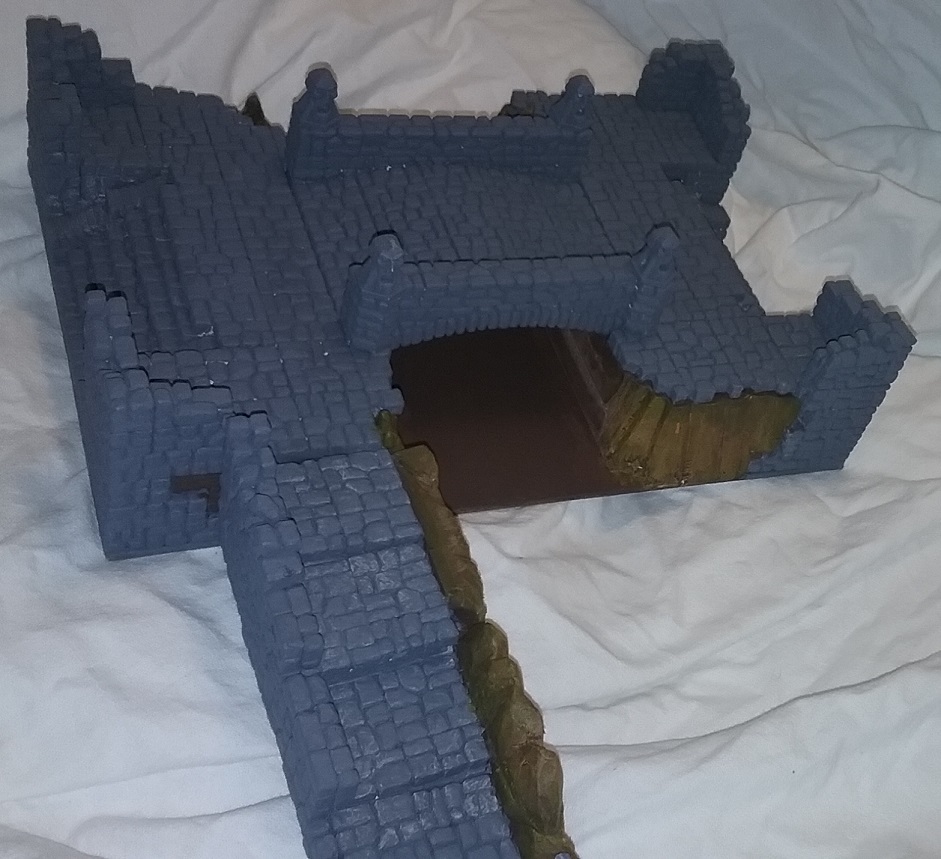 Tile in process
pieces I've already assembled for DungeonBowl painted, and have the rest of the tiles complete. I want to at least build a new tournament dugout, even if I don't have it painted by next year. Until there's a vaccine for Covid-19, I don't anticipate participating in any further tabletop tournaments or leagues. I want Razbot to at least announce tournament completion with winner(s), announce upcoming deadlines and call out the coaches who need to get their games played, and build a web front end to manage the whole lot.