Slaanesh is the Chaos god of desire. A sensuous, androgynous deity associated with hedonism and decadence, he is known by many colourful names such as The Dark Prince, The Prince of Excess and The Feaster of Pain, but by the Elves however, she is often referred to as The Great Enemy, She who Thirsts and She who is Not Named, among others. Those who yield to temptation becomes her slaves. Slaanesh's followers revel in sensory excess, luxuriating in the varied pleasures of warfare, perversion, and the arts. The arch enemy of Slaanesh is the Chaos God Khorne. In contrast to the wizened Khorne, Slaanesh is said to be both the youngest and weakest of the 4 Chaos Gods.

Slaanesh is said to be able to choose whether he will appear as a god or a goddess. He is often depicted as a colossus which is male on one half and female on the other. Of all the Ruinous Powers, only she is said to be divinely beautiful. Slaanesh's devotees and Daemons reflect the androgynous beauty and grace of their Lord, as well as her hedonistic nature. Slaanesh's personal rune is a mixture between the two gender symbols. It is known by many adoring names.

Won Your Qualifier?
Remember to apply your team here by 10th May if you won your qualifier. Make sure your team is 'Ready To Play'. If you don't you WILL miss out.

Entry to the Wheel Of Chaos Finals

IF the WoC finals winner qualified from this group he will be able to choose one player to recieve Slaanesh's special Gift. This is the mutation Prehensile Tail for 20TV.

Format
YOU MAY APPLY TO ONE QUALIFIER GROUP ONLY

There will be 2 qualifiers. One will decide the 'Champion' for that Group, and the other the 'Favoured'.

They will be drawn as follows:

This first qualifier will be filled as fully as possible with the highest TW teams that have applied to that group. The winner of this Qualifiers will be declared 'Champion' and will qualify for only 1 random mutation if they win the Wheel Of Chaos finals.

The second qualifier in each group will be of 16 teams maximum. If less than that are available, all will be allocated places. If more than 16 have applied and qualify, the highest 16 by TW will get places. The winner of this qualifier will be declared 'Favoured' and be allowed 2 rolls for random mutations if they win the Wheel Of Chaos finals.

Eligibility
The Wheel Of Chaos is one of FUMBBL's Major Tournaments. All {B} teams are eligible to play.

If there is more than one team at the lowest level of TV needed to make up the number needed for any draw, they will be split by application time, with the first to apply going though into the tournament.

Coaches may apply with ONE team only, in total, to the 4 qualification groups. Coaches with multiple applications will have all their teams denied entry to the draw.

Qualifying
To Qualify for the Wheel Of Chaos you must win one of the 'Chosen' or 'Favoured' draws from one of the 4 qualifying groups.

you must also play no more than 3 games after winning the Qualifier you are placed in.

Any empty missing places in the final will be allocated by random draw to the losing finalists of the other qualifiers assuming they too have played no more than three games. 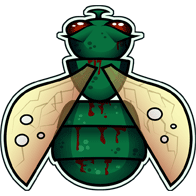 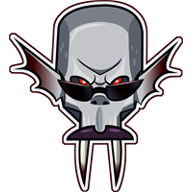