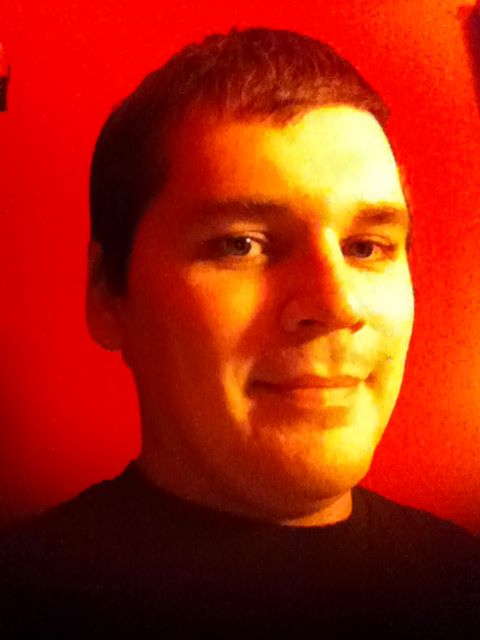 However this year, I have had 3 coaches not finish or start tourney games with me, after having that happen one time in the previous 9 years. Was I really fortunate before? Or has something changed within the community?

Whether it was agreeing to a game time and not showing multiple times, or the latest a coach just going AWOL for the entire allotment, I want to know what is up? I know real life happens and many, many times I have had to reschedule a game due to this happening, but this is the first year that the reschedule failed and often without notice. I will often rearrange my entire schedule to accommodate a game time, and it is frustrating to be stood up time and time again. I take a tournament commitment seriously, maybe I have come to expect better from our great community, but maybe it is my fault.

I believe in you and defend this community as a whole to anyone I come in contact with that has an interest in our fine game. In my opinion this collection of coaches is the finest and most fun there is, without rebuttal. I have said this at every table top tourney I have attended, at CONS, big and small, and to those with an interest in learning the game. I took it upon myself to be an unofficial ambassador for blood bowl and this site especially. However...

... this year has made me rethink that.

I think there are just some coaches that have a casual attitude towards blood bowl or commitments in general. This is a fine attitude to have and doesn't detract from the game at all. However, for tournaments, this attitude is detrimental and has soured my outlook towards playing tournaments. It has done so in a way I would never have believed possible before now.

I don't know what can be done to fix the problem because at large our coaches are fantastic, about scheduling and keeping to it, or if they can not giving advanced notice outside of an emergency.

This just goes to show how a small percentage, can in a way, can tarnish something wonderful.

I am not sure if I am asking for a solution, venting frustrations, or just trying to understand what and how I feel.

Posted by harvestmouse on 2015-12-28 09:30:41
Well, we have a system to prevent that, so I guess unlucky. Coaches that don't play their games get a tournie ban. So simply won't be around for the next one. Also the new(ish) PM system makes tracking so much easier. None of the 'he's in the wrong' 'no, he's in the wrong' of years gone by. If you do everything by PM, PM them when they don't turn up. Tournie admins can view that and use it as evidence for making decisions.

Also a by is a by!
Posted by harvestmouse on 2015-12-28 09:31:46
However, yes the community is changing. I think in the last year it's changed a bit.
Posted by Balle2000 on 2015-12-28 14:40:54
With the BB2 release FUMBBL has seen an influx in new coaches. Naturally, they don't always get the FUMBBL way immediately, and some lose interest in this (to them) new game Bloodbowl. Just be friendly and explain how things are done around here to new arrivals. The community hasn't changed - it's just a phase - and by being understanding, welcoming, and giving some guiding words, it won't change either imo.
Posted by OTS on 2015-12-28 14:59:55
Next year is an even year so all should be well.
Posted by akaRenton on 2015-12-28 17:38:55
I agree with Balle2000, any new influx of coaches was going to see a knock on effect short term and there is the system in place for tournie bans that will help protect against it being a long term issue.
Posted by keggiemckill on 2015-12-28 19:22:26
Balle hit in on the Nose. One thing would add to your future scheduling, is to explain to them before hand that you are shuffling your life around to accommodate the time. Balle and I just played a final, and each of us were very open with our busy lives, which made it easier to understand when we couldn't accommodate each other. I am 9hrs behind BB time, and have a hard time scheduling some Tourneys with Euros. I've found it much easier to explain my availability short comings right away, rather than expect them to understand. It makes the process easier.

As an example I used to do service repairs in a Chinese area in Vancouver. Most of the elderly spoke very little English and weren't very responsive when trying to use archaic sign languages. I learned to say hello and Thank you in Cantonese, and usually opened with it when arriving at their home. It went a long way and the people always responded in a helpful manner when I showed them some effort to communicate. It's a funny thing, but truly worked. Some old Cable guy taught me that. :)

Unfortunately the people who generally read the Blogs are the ones that are committed Fumbblers.
Posted by pythrr on 2015-12-28 20:52:17
yup, what balle said. we need to train the new guys.

I still think the community has changed; mainly in that the average age has come down in my opinion. That, is bound to have a knock on effect.
Posted by pythrr on 2015-12-28 21:56:32
'Sheh Sheh' is what I used in Beijing, so I guess that works. Vancouver's Chinese popn is of diverse origin, so I it's curious to see what is used. Cantonese was the main language of the 1980s and 90s immigrants, but more recently Mandarin has become the more common language. I'm happy either way, as the food is frickin amazing. :)