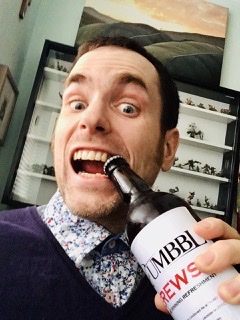 There have been challenging and ridiculous games in equal measure; fun and great chat with other coaches.
This site has a respectful culture, many thanks to the admins, staff, and especially Christer a technical wiz and calm helmsman.

No need to read any further. If you do please forgive my indulgent blog = )

I first played Blood Bowl as a teenager, just a few games against pals, and it really caught my imagination. I made my own board and dreamed up rosters, mostly playing Orc and Halfling.. I don't recall my last game but for sure I had stopped playing by the time I left Sixth Form aged 18.

FastForward a few decades and my Nephew's popped into a GW store and were given a Space Marine each to paint. That spark got me reminiscing online; and after a few plays of the disappointing BB2 iPad app, I found FUMBBL.

Things started well enough with a few draws, but like many new players here the losses began piling up in both Ranked and Black Box.

I was pointed towards 145 Club and enjoyed my first ever league matches with Human team Number Blocks taking the win in January 2020, pushed all the way in friendly rivalry with snorkelwanted.

Back in 11s I learnt the dangers of bloat with a Chaos Dwarf Team and Mino in Black Box. Just surviving the blocking game is a challenge for newer coaches so I stuck with tough teams and took on Dwarves; winning my first three games as LeadBelly made a nice run to the ROYAL ROOKIE RUMBLE 438 final.

My vintage Ed3 Orcs were spruced up for an outing to my first ever Table Top Tournament, the FUMBBL Dark & Light which was held in Throwecks home town, just an hour drive from me. It was a fun event - but boy my nerves were jangling! Many thanks to the other coaches who helped me get through the day in one piece.

Keeping LeadBelly lean, mean and loaded with Guard was getting me some results, and spearheaded my improving Coach rating. CR only an indicator of form but I'm still proud to be rated as Legend with Dorfs, and SuperStar overall. I try to improve my play watching replays of top rated coaches, and also critically reviewing my own games.
LeadBelly had a nice run in the FUMBBL Cup, taking a monster Nurgle team to overtime in our fourth and final match. I'm tremendously proud of what the short lads achieved.

My daughters chose me a Lizardman team for my birthday and I shared progress on our Discord Hobby channel. Care and patience making up for my lack of technical knowledge and skill.

CIBBL is perhaps the most engaging experience I've had on FUMBBL. There room for a tongue in cheek role-playing approach, and I enjoy screaming MURDER! in the chat text if someone puts the boot in on my goats.. FANKY souped up my logo, thanks!

Most recently I've tried some NAF style play with mixed sucess. Soul Traders are currently appearing in EurOpen 2020 in a team made up of 7's coaches.

I'm a pretty cheerful person with a silly sense of humour, and I hope come across well 99% of the time. Apologies if I've been grumpy to you.

If a coach is not enjoying a match and coming across badly in chat, nearly always it is decent people who are perhaps overtired or stressed.. and then Nuffle takes the piss.

This is an addictive game and sometimes takes up more headspace than it deserves. I hope to find my equilibrium over next year, giving it the right level of attention.. and no more.

Painting is relaxing way to indulge the hobby and I completed a pink Dwarf team recently. I am very much hoping Santa secures a copy of Blood Bowl 2020 for me this Christmas, the models look super and it's about time I owned the rulebook and an official pitch.

If you got this far, well done and thanks for reading. See you on the pitch!