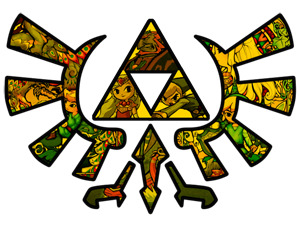 After 108 games My Flings finally defeated every other race. Norse were the final hurdle and boy were they a nightmare.

My first attempt ended 1-1, my flings just needed a 2+ pick up to win, and I failed the roll, curses.

My second attempt was even worse, I drew 2-2 this time, but I had the game won and my flings were celebrating, so much so the damn Halfling crowd started rioting. The ref fell about laughing at the Haflings rioting in the stands, and when he regained his composure lost track of time, gifting the opposition an extra turn and they walked the ball in to make it 2-2.

My third attempt was one hell of a game, and there were many moments in the match where it could have gone either way, my flings just needed to make a 3+ dodge with rr - right at the death to win, but failed and then the Norse looked like they were going to snatch victory but nuffle had other plans and denied them the victory too in a similar fashion, leaving the game tied 1-1.

My 4th attempt initially looked like it was going to be a win at last, but again the important moments just didn't go for me. The Norse team were wearing their elf hats today and all the dodges, pick ups, throws, catches and hand-offs worked perfectly. Which in the end made the 2-1 win quite comfortable for them.

My final match vs Norse and at last victory would be mine. The game started off badly and I couldn't knock a thing over, my TTM attempt also landed one square short so my flings were 1-0 down at half time. It wasn't looking good. The 2nd half started in a similar fashion, though the 2nd turn and on is when things changed, my trees finally started swinging and the Norse team was beaten down. So I took my chances and scored leaving 4 turns on the clock. The Norse grabbed the ball and made a run down one wing, my flings with tree by their side swarmed around the ball carrier and popped the ball free. I grabbed it and ran for the end zone. But a Norse Ulfwerener put a tackle-zone on my ball carrier. I just needed a 2+ dodge with rr to win and I snaked it. At this point I thought I would never beat a Norse team and that nuffle just did not want us to ever claim victory. But then it happened. The Norse Ulf blocked a fling who was out of range of the end zone initially to a square within range of the end zone. A 4+ pick up and 4+ hand off plus 3+ dodge with dodge skill and re-roll was needed and my flings just pulled it off using the RR en route.

Now on to my next goal. Killing one of every race. Just 7 more races to kill a player from.

I need to kill 1 player from each of these teams -
Amazon
Chaos Pact (I can't believe I haven't killed one of these yet, they are one of the easiest races to play against for flings)
Dwarf
Khemri
Lizardmen
Slann
Undead