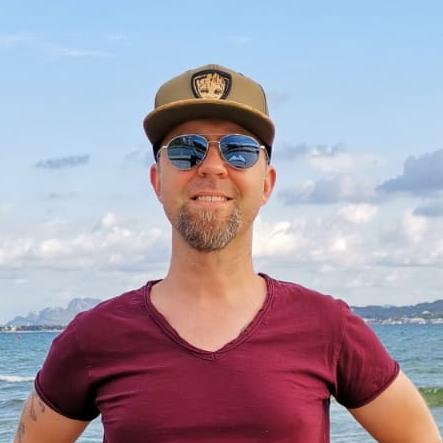 My first contact with Blood Bowl was the 2nd Edition box set, followed by the yellow and red books. I loved the fluff, but didn't play the game much back then. I only rediscovered it through Fumbbl many years later, and came to appreciate its newer incarnations as one of the best designed board games I know. My other, "big" geek hobby is pen & paper role playing. I've even published my own little P&P RPG, which is available in German and English.

In real life, I'm a guy in my 40s, have a wife, two little kids, a white collar job and a house in the suburbs. In other words, I am pretty much your average Fumbbler. ;-)

Some goals:
Have a team with 100+ matches

Some memorable matches:
DFFL 2nd League match vs. Astromantics - Managed to defeat Jokaero's Necros that later became a multiple DFFL champion. Some dice involved but I didn't play too badly either.
Black Cup match vs. Lammer Heretics - Low TV Underworld vs. high TV Chaos Dwarves. Managed to get to overtime and might have won if not for a fizzling wizard and an unfortunate pitch invasion.
Warpstone Open Qualifier Final vs. Erdsa Longrit - Scored a memorable one-turner and had a half-decent shot at the lead mid 2nd half, but failed.
SMACK Semi vs. Homo Lupus - Got cleared from the pitch but still managed to win with some super-daring elf action. Proceeded to win the final (my first ever tourney win).
Lustrian Challenge Qualifier Semi vs. Smooth exp - Had them on the ropes but that natural one-turner just wouldn't stay out. Smooth exp proceeded to win the qualifier.
Crown of Sand Qualifier Semi vs. Vault Tec Squad - Great tactical game and very close. Lost on penalty shoot-out. VTS proceeded to win the qualifier.
Black Cup 1st round vs. Nuevo ricos - My High Elves butchered their brethren in an epic ARR throwdown, killing 4, including almost Legend teen sex symbol. Started out as a close match though!
Black Cup 3rd round vs. cherServiteurS - Very exciting game against Fumbbl's most formidable player of all times. We broke his neck!
RRR vs. Brainsaw's Orcs - Intense game against a very strong coach, we played the best we could and with a little luck, managed to win our first RRR.
Crown of Sand Qualifier final vs. Elf Yourself - Many ups and downs and my High Elves struggled all match against a formidable Wood Elf team until, very late in the game, Nuffle smiled on them and they proceded to the main draw in the most Elfbowl Box Major ever.
Warpstone Open Qualifier final vs. Uusiverikulho - Desperate uphill battle against a nightmare of an opponent, for Wood Elves anyway. Never stop hoping, is the lesson here, as our efforts were rewarded with our coolest victory so far!
XFL Dark Elf final vs. Malmir - Our biggest final so far, and we managed to make it a close one, but in the end, the stronger team and coach prevailed.

Three harsh tourney defeats in short succession that stung for a long time:
WO Quarterfinal vs. doclystria - 11 Wood Elves with 2 Rerolls, receiving in overtime, couldn't win the game. Our opponent was a brilliant coach obviously, but still...
GLT Qualifier final vs. Silvermine Skullcleavers - Nasty match-up but looked like we'd make it several times, alas no. Nuffle sure enjoyed playing tease & denial with us here.
Black Cup 3rd round against Luckville Dodgers - Probably the best Blood Bowl I ever played, but just couldn't overcome the combined power of an ST5 Wardancer and a natural one-turner, in skilled hands. At times, with a little help from Nuffle, there seemed a chance, but the help didn't come and the scales were just too tilted.