Time to build a Blood Bowl dice tower.
2017-12-25 03:41:10
rating 5.9
2017-12-25 03:41:10
17 votes, rating 5.9
At the beginning of the month, I drove to my first Blood Bowl tournament. And I won something! Okay, I took an Underworld team and figured after I lost the first game, I'd have to opportunity to face a stunty team or something. Instead, in the first round, I faced Necros coached by the guy who would go on to win most casualties trophy, so that didn't go so well. The second round, I drew dwarves... and I'm merely an okay coach on the best of days, so that certainly didn't go so well either. Surely, the bottom of the bracket would be populated by stunties and broken teams.

It was more dwarves. :-( (And here I was... Right Stuff totally not cancelling Tackle.)

At that point, I was getting flustered and my dice were going everywhere when I tried to roll them.
So when I won last place, they announced that clearly my dice had failed me, and awarded me a new set of dice. I thanked them. (I fear the day my dice manage to replace their coach!)
It was only later that I discovered that my reward was a very pretty set of GOBLIN TEAM dice! What's a lad to do? Well, the goblins decided they needed a stadium to call home... so here's the first bit: the entrance, complete with ticket windows, scoreboard, and I think they may have snuck in a brothel while I wasn't watching them closely. (Lesson for today, ALWAYS watch the goblins closely!) That's okay though, I snuck in a dice tower while they were distracted 'upstairs'.

Anyway, thought I would share some pics while the glue and a little of the paint is still drying. 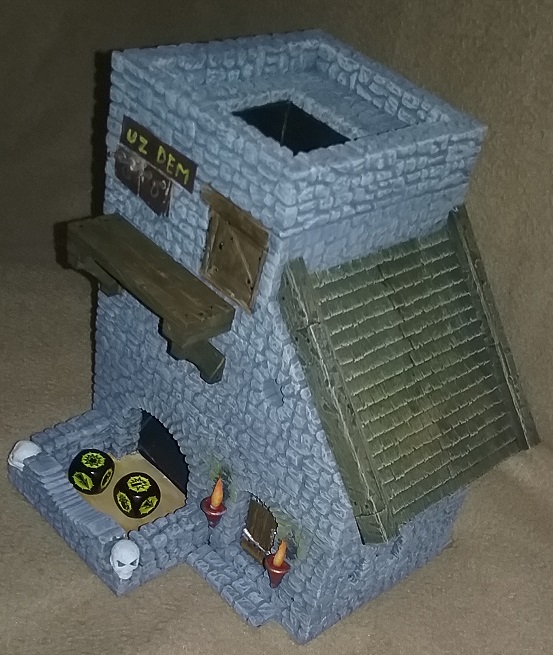 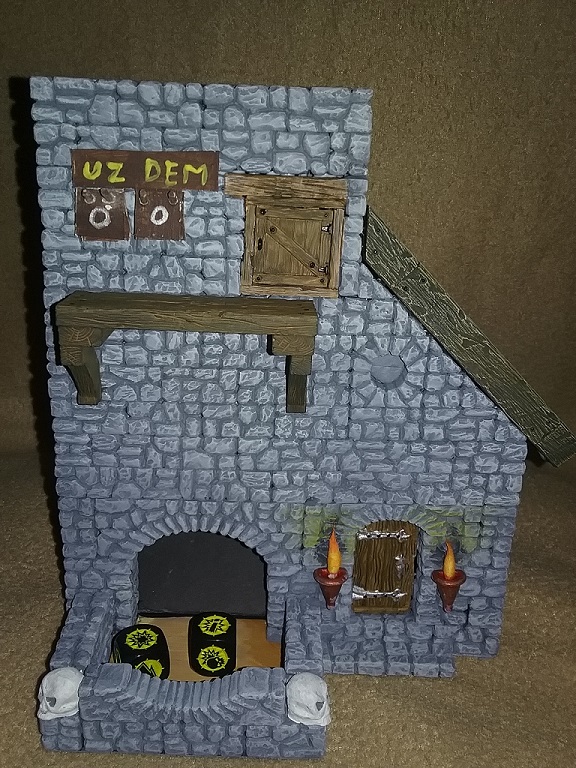 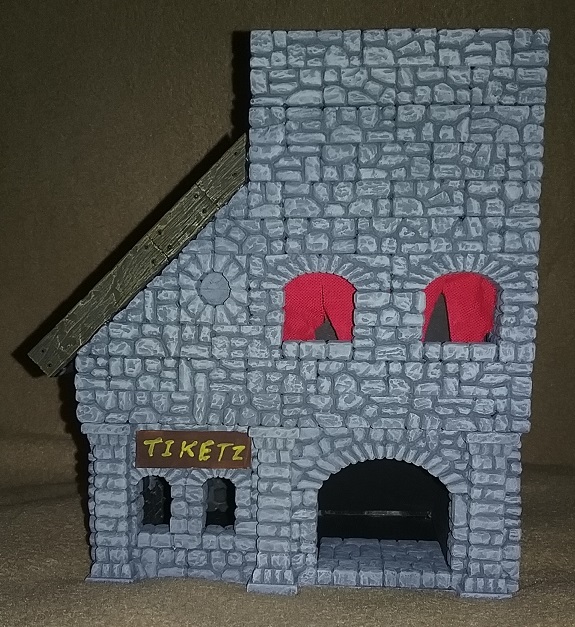 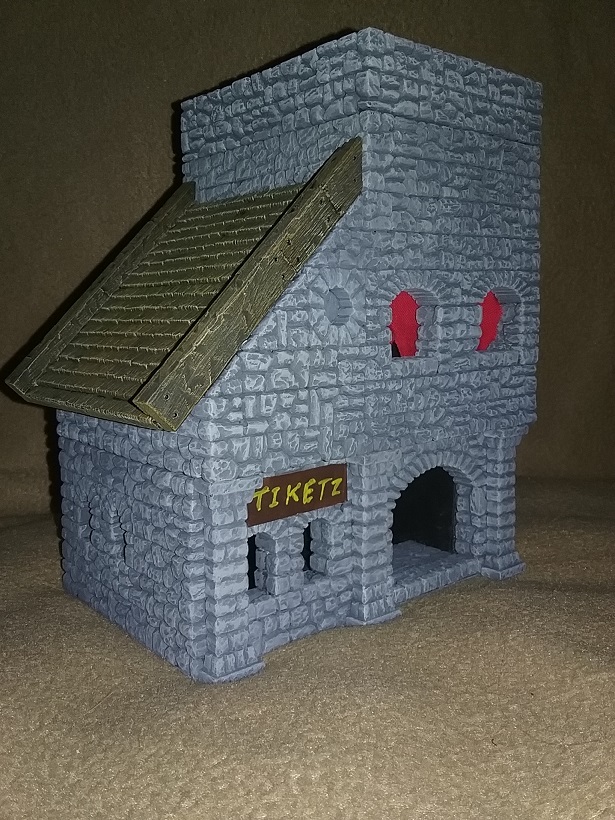