Mind you, I am nowhere near some of the other painters on the site, but still.

After putting the minis together (see last blog) I spray painted them all with a base coat of chaos black. I always tend to build from a black base regardless of the end colour, so no change this time around. Given that it's pretty much 0C outside, and I don't have a reasonable place to spray paint things, I ended up doing this fairly quickly which resulted in less than great coverage: 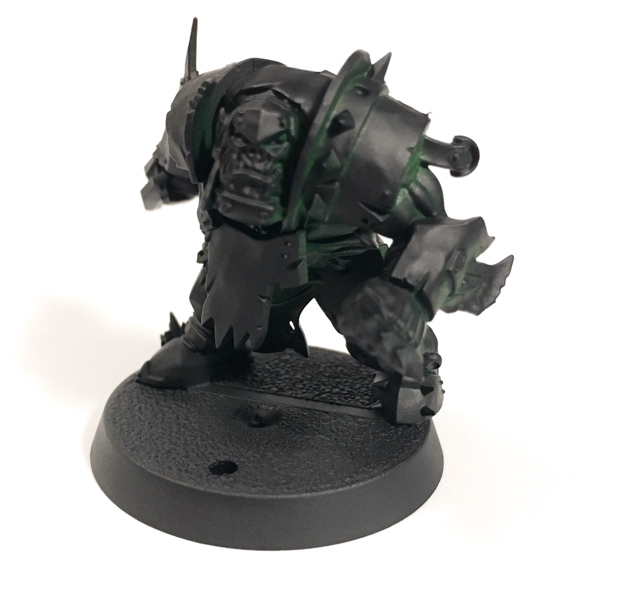 As you see, I decided to start with the orcs here, so the next step was to clean up the base layer with some black paint: 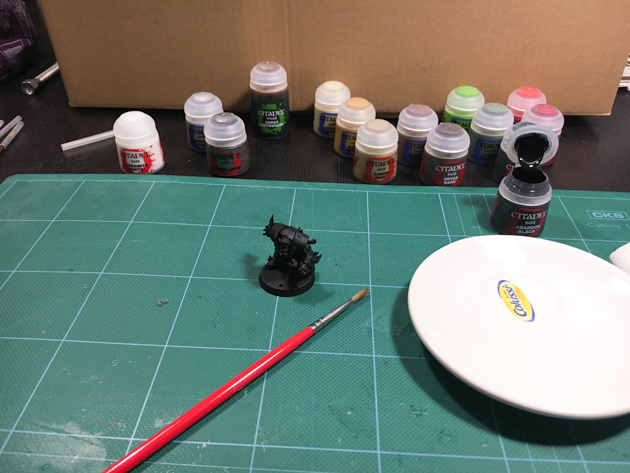 Large brush, quick and easy application of paint, in particular on surfaces directed downward on the model where the spray didn't really catch.. Nothing particularly complicated at this stage. The end result was better: 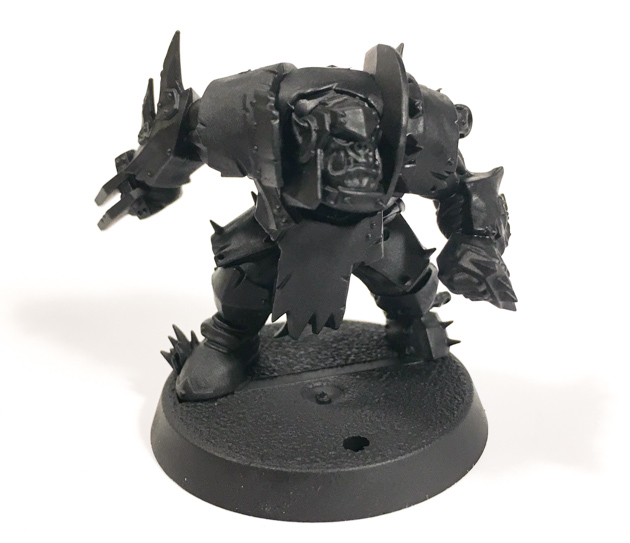 At this stage, I had decided on the colour scheme: FUMBBL colours; beige, red and green. Not the best mix of colours for models as the skin tones will collide with the theme colours )sort of beige for skaven and humans, green for the orcs, but I figured I'll probably find a way to make it work. I certainly won't be winning painting competitions regardless, so I wanted to give it a shot and see what I ended up with :)

With the orcs, I have the opportunity to use a lot of beige as it doesn't clash with the skin tone so my first step was to paint the models a deep brown as a base (specifically Dryad Bark). I did two coats of this to try to keep good coverage and reduce the remaining problem spots from the previous steps. Again, this was with a large brush and quick application of paint. Didn't need to be careful at all: 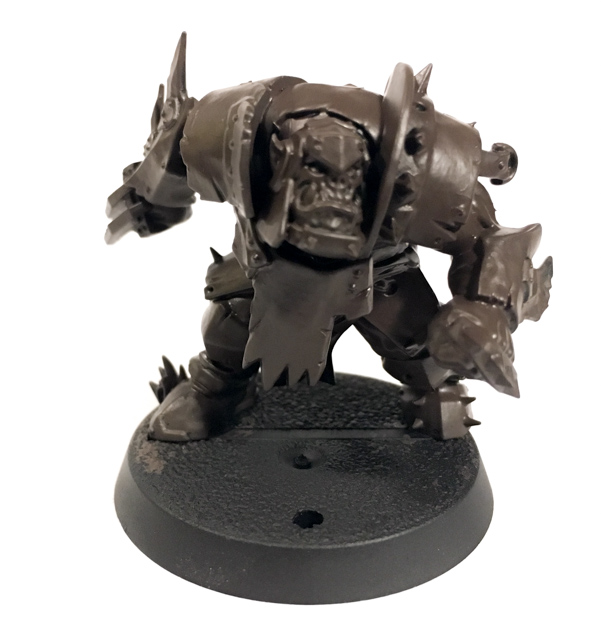 My basic method of painting tends to roughly follow the layers of the model: skin, clothing, armour. In this case, I ended up starting with the tongue of the black orcs, which I identified as a problem spot during assembly. Somewhat tricky to get to, and a relatively small area to paint: 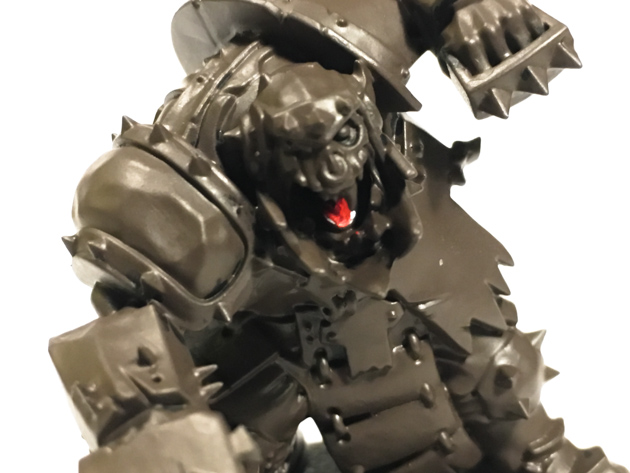 After that, I started with the base skin tone for the models. Single coat of dark green ("Caliban Green"): 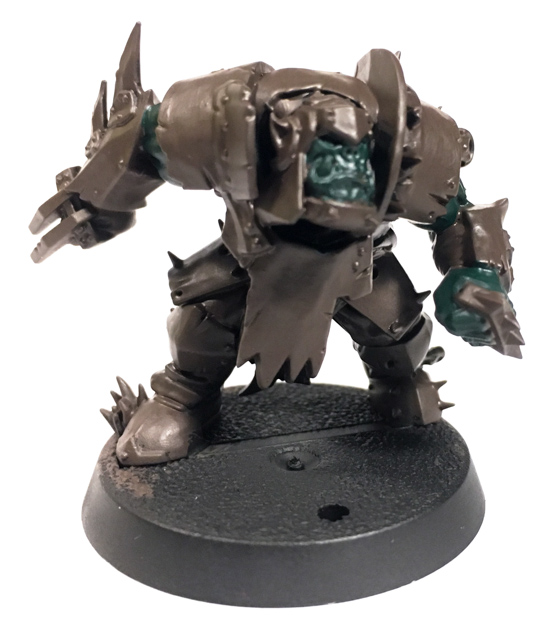 Roughly half-way through this skin tone process, I ran out of time for painting for the day and that's the current state of the models at the time I'm writing this. I'll post more blogs as I get to spend more time with the painting, and hopefully I'll have something reasonable at the end. Quite honestly, I haven't planned through the colour scheme very well and only have vague ideas that may end up looking somewhat silly :) My current thinking is a beige/brown/leathery base for clothing with red accents at the top (shoulders, helm and possibly arms/gloves) and green accents at the mid section.. Uncertain about the boots at this point.. Perhaps gray? What do you guys think?
Posted by ArrestedDevelopment on 2016-11-28 00:40:34
Them's some brand spanking new paints \o/

Colour scheme sounds good, I might have actually went with the red for clothing and the cream/beige for the armour (for easier rust effects and blood spatters on the shoulders and helm, but also just to be different from all the "orcs red armour!"). But it all pretty complementary anyway.

Grey is our mouseover/highlight colour right?