17 coaches online • Server time: 05:56
* * * Did you know? The most valuable player is Thursdaynight Guitarclub with 96 MVPs.
Log in
Christer
Last seen 5 hours ago 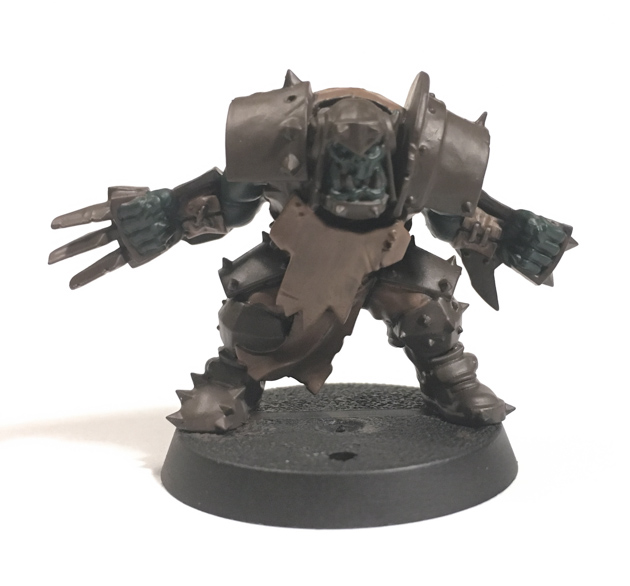 The front (and back) panel on the chest felt a bit dark and I wanted some more contrast to not have it more or less blend in with the rest of the outfit, so I picked up the colour of it a bit: 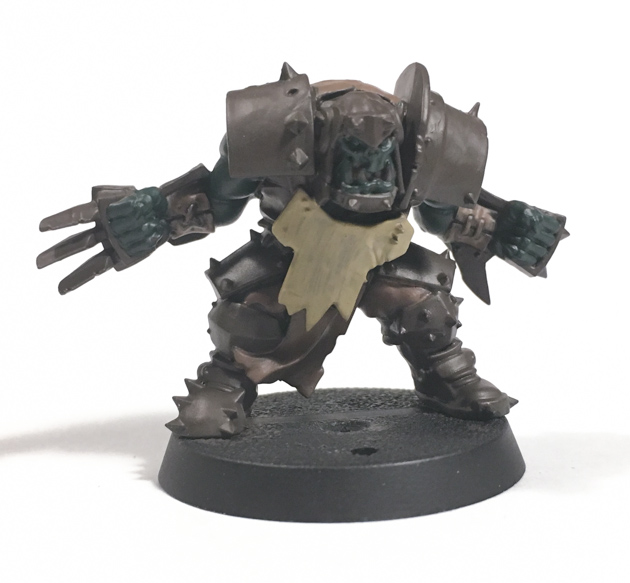 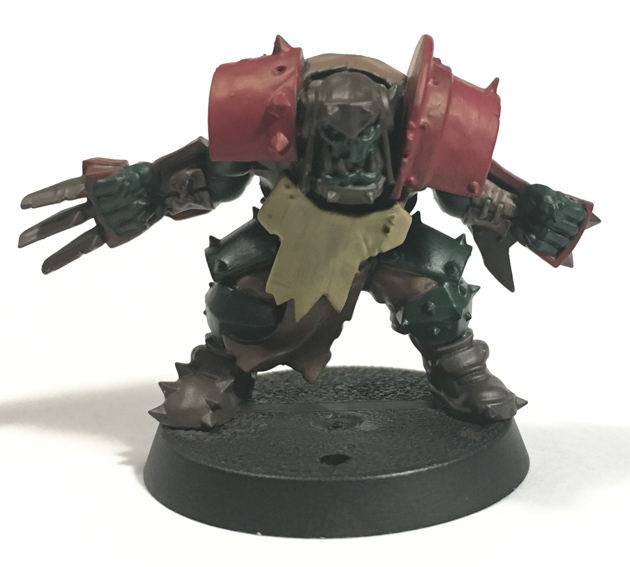 With that, the pads on the legs having the same colour as the skin, I chose to lighten up the skin tone of the orc a bit. Orcs aren't exactly the stealthy types after all.. I also added some metal tones to the helm and blades: 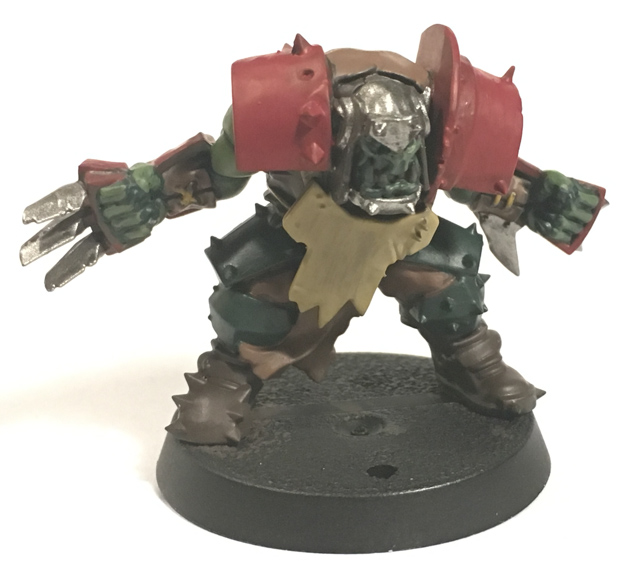 At this point, I was pretty happy with the basic colour scheme at least, and decided it was time for some grit. Not exactly the most normal way of doing this, but I simply picked up a brown shade series paint (Agrax Earthshade) and applied it to the whole model with a large brush. Even with some parts of the miniature still needing colour (boots primarily; still need to decide what to do with them.. Leaning towards black or something similarly dark): 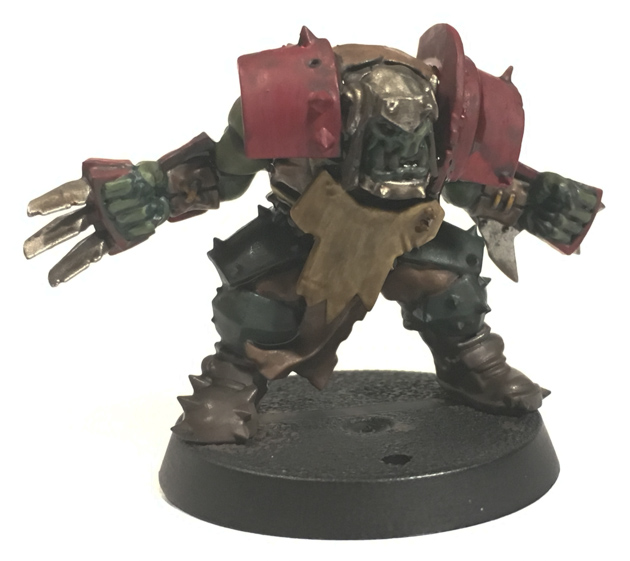 And with this shade colour being quite wet to apply, that marked the end of the day's painting. I really like the gritty feel of the model now, but will end up picking up the colours somewhat again, and applying some highlights (and detail in general; face, nails, etc). That's for later parts of this blog series though :)
Posted by Jeffro on 2016-11-30 19:57:42
This may not be the place to post... but it begs the question on where FUMBBL stands with posting Grandma Wendy's work on the site...? I don't want to open a can of worms, but...

As a policy, we don't accept player portraits to be GW miniatures as there's no reasonable way to attribute the miniature (and paint job and photo) to the respective copyright holders. Paint blogs are fine though.
Posted by Danish_Dan on 2016-12-27 15:15:14
Hi Christer, merry Christmas.

Any update on how your orcs are coming along? I really enjoyed reading the first two blogs, and was hoping for more...