It arrives in a fairly large blister pack. Oh so enjoyable to open these up.. 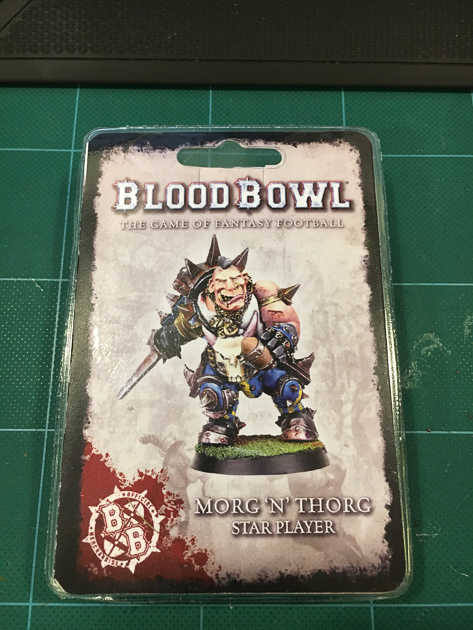 A minute of cutting the blister open, and you're presented with a few different parts 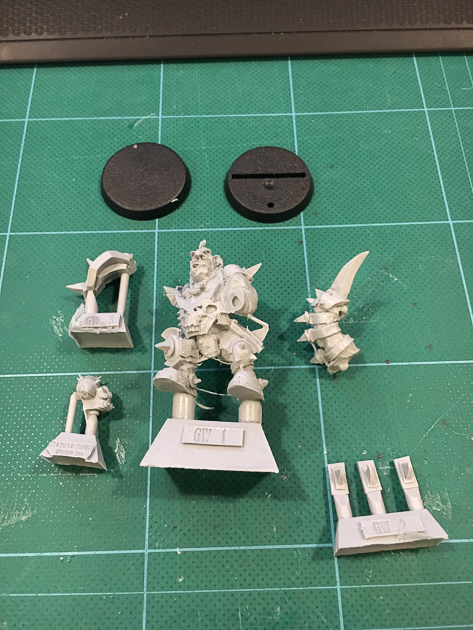 My first impression is that the plastic is different than the miniatures that come with the boxed set. While it's incredibly hard to tell, it sort of feels lighter and more brittle, almost porous. It's easy to scrape and clean, and even the very thick channels between the feet of the model were easy to clip off. That particular process reinforces the brittle feel though.

There's plenty of flash and mould lines to deal with on this model. Not particularly hard work given the material, but I vastly preferred how the new boxed teams were in this regard. 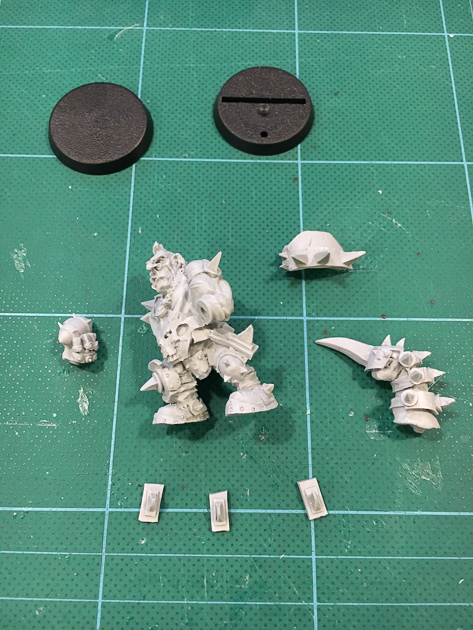 The sculpt is, in standard GW fashion, amazing. However, as opposed to the really good part separation of the boxed miniatures (and the skaven as well; I have yet to look at the dwarves), this model appears to have had its part separation done by hand and feels significantly more old-fashioned. If you've put together old GW miniatures, you'll recognise the style. 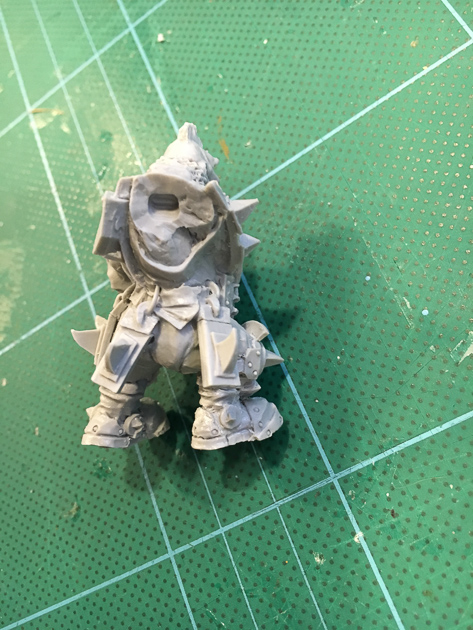 There are some parts of this model that are very odd in terms of design. Morg has some sort of spiked plates hanging off of his belt, which are the three small plates showing above. The attachment point of these are absolutely tiny, and unless you do some pinning or treat the model very carefully these will absolutely snap off at some point. 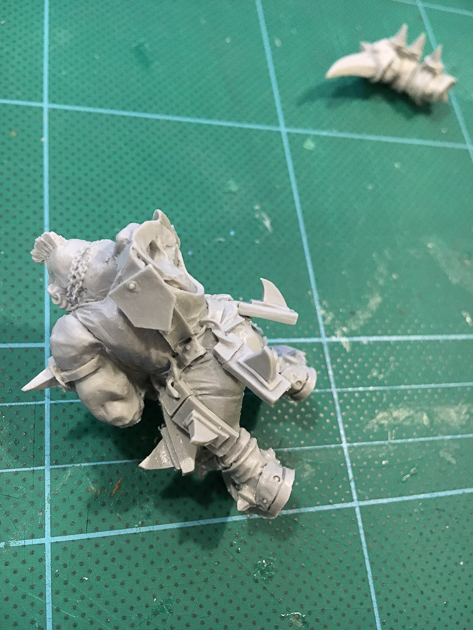 These take a while to glue on, and are by far the hardest part. Beyond this, it's a relatively simple process to glue it together and onto the base (as you see, you get two in the blister; one with a slot and hole for the ball, and one without). 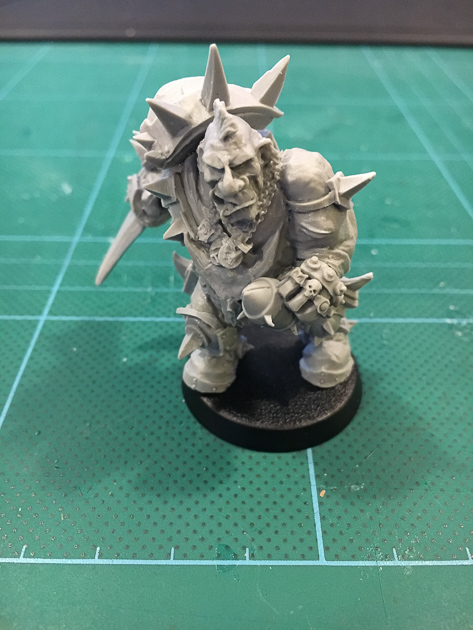 From the front, you don't really see any of the joints. The left hand (holding the ball) will need a bit of green stuff filling to hide joints (something I didn't feel was necessary with any of the new modern style teams). 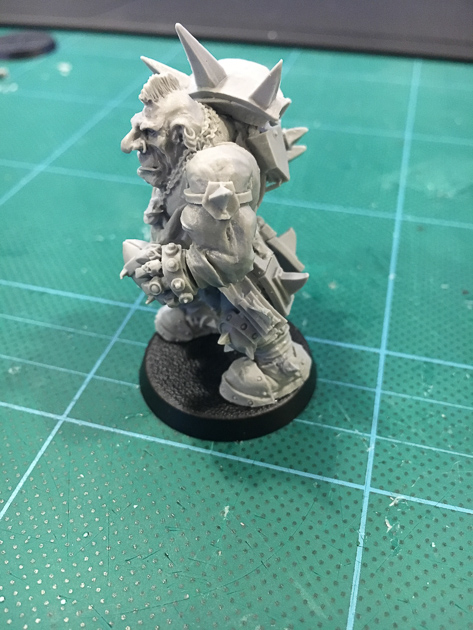 A few more pictures of the glued together model: 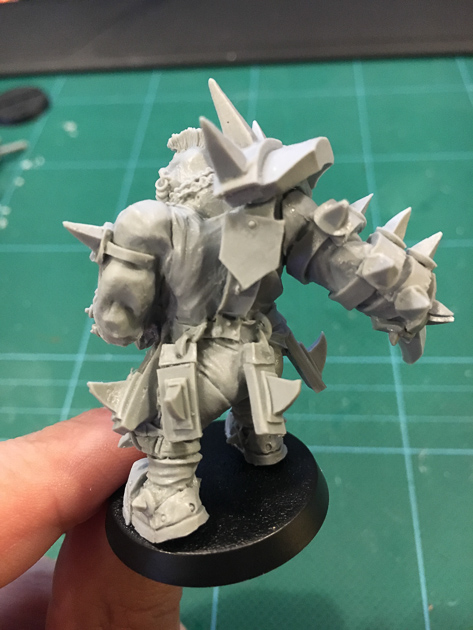 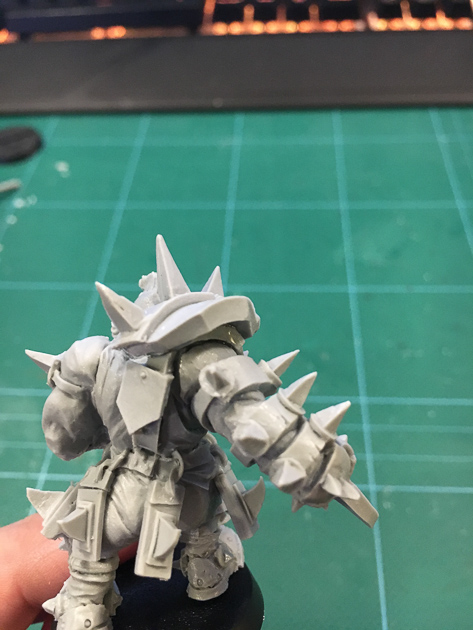 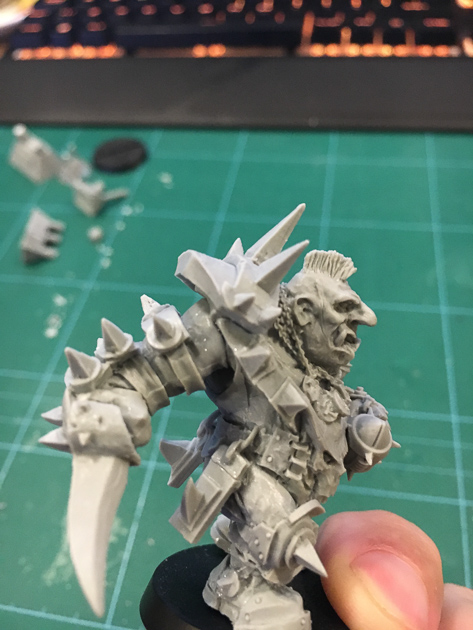 If you decide to get this model, be prepared for some old-fashioned style frustration with the belt plates, and the generic lack of precise fit you may have come to expect given how the modern teams are designed. This model looks really cool, but I've gotten a greater appreciation for the way the new teams are built. Next up for this model is some green stuff (epoxy putty) to fill out some gaps, and then some paint.

And @Danish_Dan, I have the death roller on order, but by all means feel free to blog your process as well :)
Posted by Jeffro on 2017-03-31 05:33:35
Haven't seen a Forge World sculpt that has tempted me yet. Got the new skaven and will likely do what Spubbba did and go Isle of Blood for the Rat Ogre. In general, Willy is still winning more of my money than GW. I hold out hope, though. Lots of teams I don't have yet.